July 13, 1999: The Real Estate promo was nothing special (though we did feature non-white people in the stock art; we were still catching up on representation in main page promos). However, this is the first full-screen capture since June 26; I had to think back, but clearly I did it to capture some page change below the fold.

And after stopping to compare the designs, it's a new footer--previously, we used the same nav bar for the header and footer; with this design tweak, we bagged the footer nav bar (if they made it that far to the bottom of the page, clearly they were looking for something else), replacing it with an "Other AOL Sites" section, with 11 corporate and other utility links.

Below that, is the standard legalese block; I'm pretty sure I pasted the footer bit from the dev server version of the page, since the stock art in the top of the page clearly wasn't an AP photo: 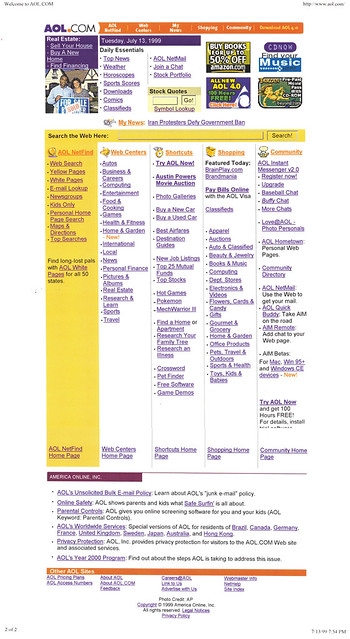 For the PM update, we went back to the Buffy the Vampire Slayer Season 3 finale, since this was the actual broadcast night. I have two screenshots taken 2 hours apart, though I can't see any difference between the two versions: 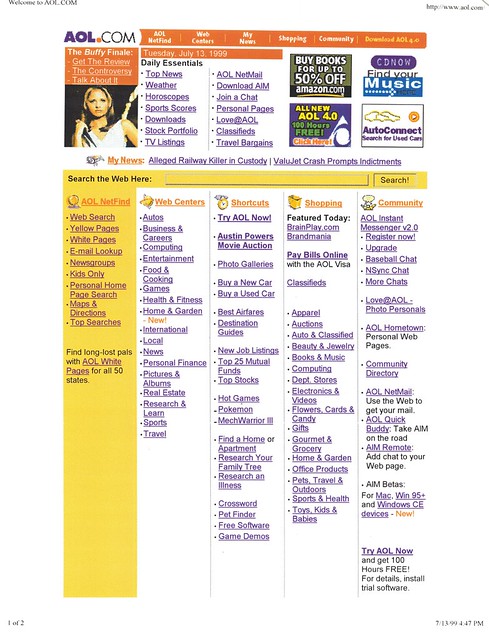 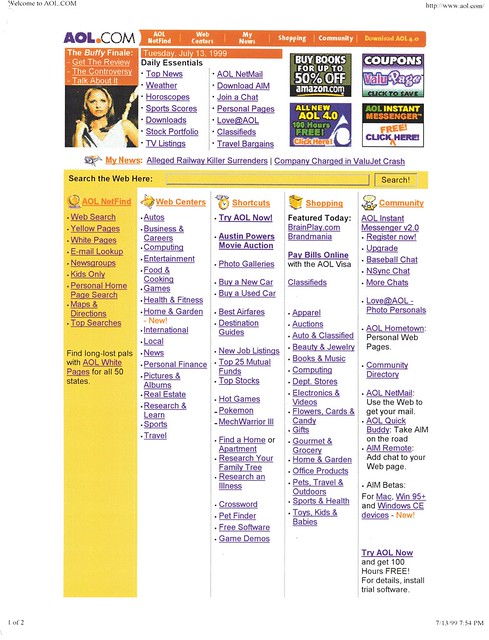