July 30, 1999: For Friday, we began with the aftermath of the previous day's Atlanta spree killings... 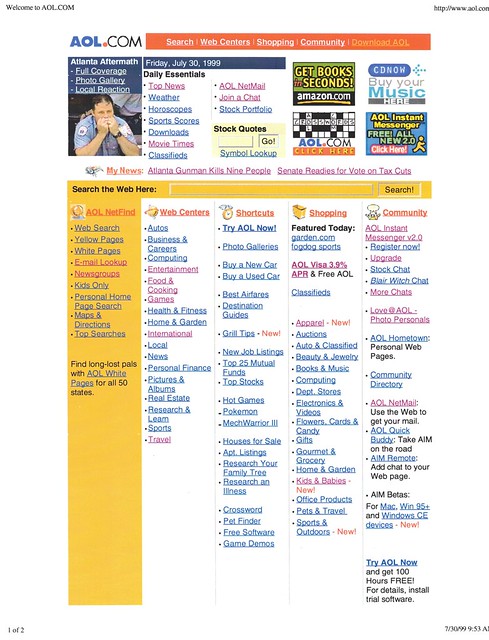 ...but by mid-morning, we'd switched back to commerce with a fashion and apparel Shopping promo. (At least, I think so, according to this post-dated image from the preview server a few days later. As previously noted, if I needed a screenshot of a prior page, I could essentially change the clock on the publishing tool to get it to show me content from that date.) 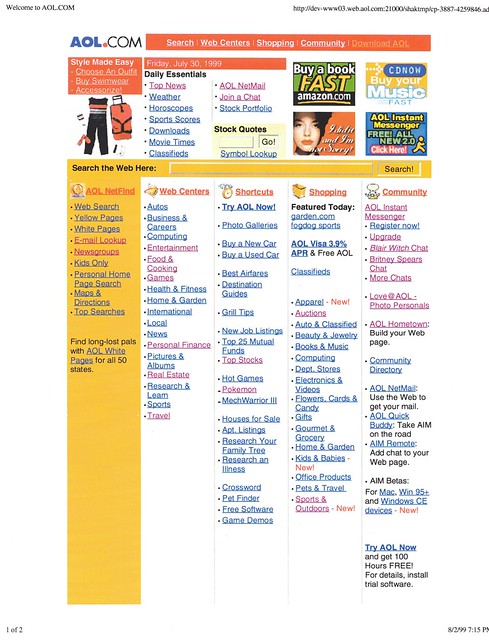 For the PM update, we switched to the Julia Roberts movie Runaway Bride: 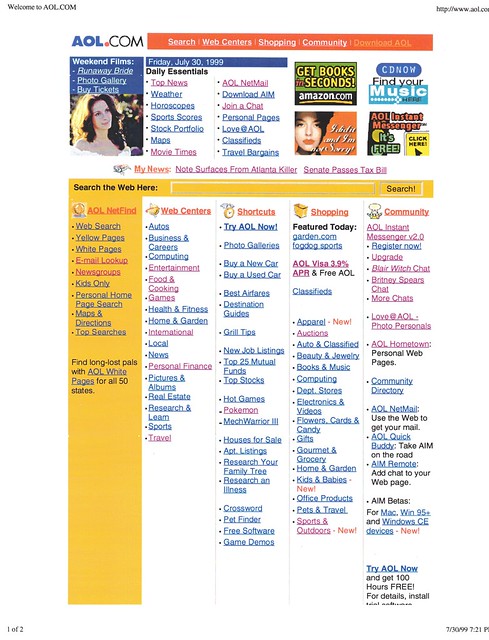