Requiem for My 25-Year-Old Rollerblades

I hadn't used my Rollerblades in a few years when I dusted them off on Memorial Day 2019. I was a few miles in on my preferred W&OD Trail route, just getting my skating legs back, when I felt my right skate boot go loose. Cracked. I turned around, hoping to baby my way back, when the skate shell went kablooey.

I ended up calling an Uber to get back to my car. 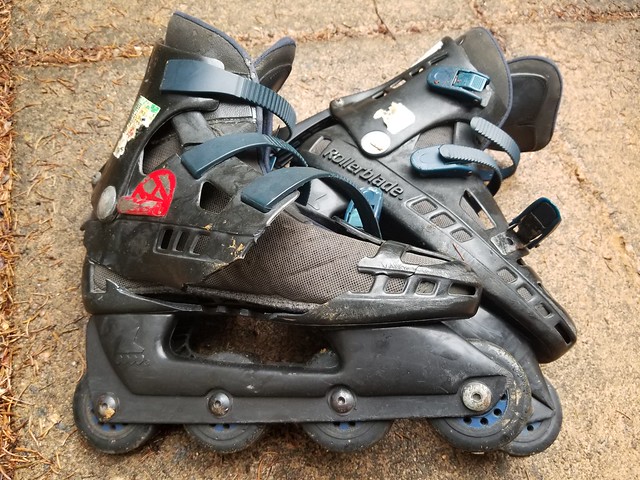 They were Coolblades, bought back in 1994 or '95, at a Blades store in New York City. I forget if it was one of their downtown or uptown stores. In any case, their last location in SoHo just closed last month.

I remember taking them around the loop in Central Park with MindVoxers (including going up and bombing down the Great Hill; we just called it the big hill); on the streets of downtown; over to Kansas City for Cornmeet; even outside of the country on the trails of Niagara Falls.

Eventually, they made it downtown to DC for July 4th and Rolling Thunder, all around Baltimore shadowing the Baltimore Kinetic Sculpture Race, and up and down the W&OD trail more times than I can count.

Even though they spent most of the last few years in trunk of my car, then just inside the foyer closet, I think I got my money's worth (even though they were probably like $300 in 1995 dollars). After all, they did last about 25 years.

And when they finally gave up the ghost, it gave me an excuse to buy some discounted K2s: 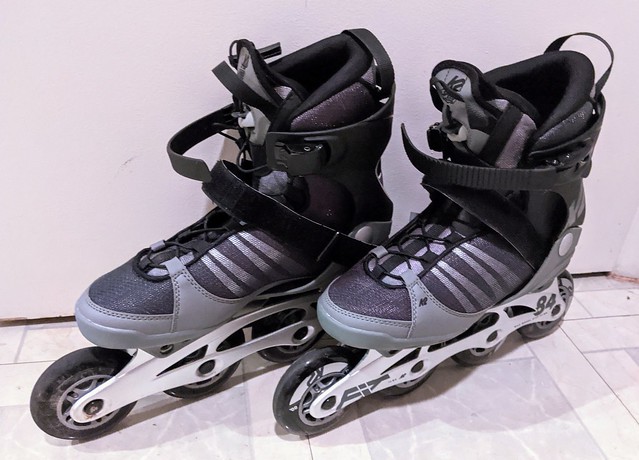 Yes, even though inline skating is apparently dead, I bought a pair of K2 Mens F.I.T. 84 Pro skates. I tried them out on our recent January 80-degree-Fahrenheit day. (The wheels are 84mm, taller than I'm used to, and I think the speed lace fastening system is lame. Change my mind.)

Let's see how long these last. Wonder how far they'll take me?