MILFs, Banal Action, and Two Other Things About Turning 42

1. I have now been of legal drinking age longer than I have not

3. Career paths that are closed to me, in some cases by law (and by several years) include:

Technically, I can still become an astronaut, though my degree is in the wrong kind of science, and the end of the Space Shuttle program means no more Payload Specialist opportunities. (Of course, there's always the hope that SpaceX or Virgin Galactic are hiring Orbital Social Media Specialists.)

4. The first page of search results for "Thoughts on Turning 42" turns up articles that are incredibly banal. And this entry does not appear to be a C-C-C-C-Combo breaker.

This week, Al Qaeda in the Arabian Peninsula released the 12th and latest edition of Inspire, their magazine for instructing homegrown jihadis in the West: 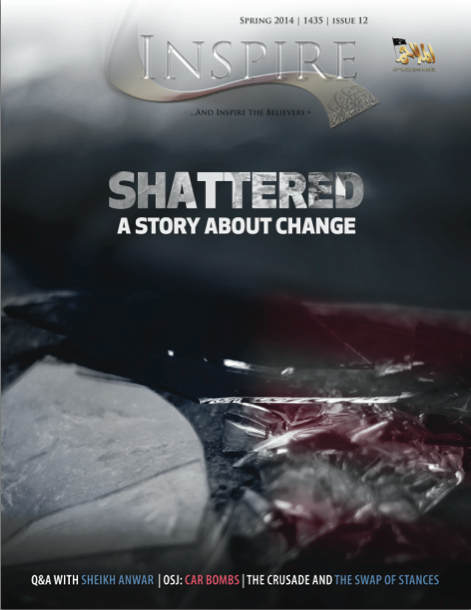 Their "Open Source Jihad" feature provides technical how-to's and tactics for using improvised explosives and other methods to inflict damage on the West. (Remember how people laughed at their first effort, "Make a Bomb in the Kitchen of Your Mom"? We stopped laughing after we found the Tsarnaev brothers may have used it to build their pressure cooker bomb.)

This latest edition is all about making car bombs, with detailed instructions on using propane and oxygen containers and Christmas lights.

For targeting, they including the following guidance: Target bars and restaurants in Arlington and Alexandria (as well as M Street), because they are frequented by high-profile personalities:

Apparently, Adams Morgan and the U Street Corridor do not yet rate as targets. Adjust your nightlife planning accordingly.

Also of note, apparently AQAP does not recognize the legitimacy of renaming the Sears Tower to the Willis Tower, and thinks the Air Force is based in Chicago.

Inspire is available as a PDF if you search for it; if your search skills suck, I would also expect Public Intelligence to post it soon.
Posted by Joelogon at 3/21/2014 No comments:

If I Were President, by Joseph Loong [Age 12]

A recent visit to the deep archives at the Loong ancestral estate uncovered this document: a handwritten essay on the topic If I Were President, written by my 12-year-old, 7th-grade self in 1984.

It shows that I was basically a neocon with futurist tendencies. Essentially Newt Gingrich with fewer divorces:

If I Were President, by Joseph Loong


If I were President of the United States, I would first build up the nation's defenses with modern weapons. I would then phase out the mail system with computer mail and use electronic credit cards to replace cash and change transactions, with no money involved. I would make a space-ground laser defense system to protect the U.S. from missile attack. I would also try to clean up the enviorment [sic] by planting thousands of trees and stop factories from polluting the air. I would install moving sidewalks and promote electric cars with built-in computers and cruise control, and also create American "bullet trains." Large, all weather, indoor farms would be built if I were President. I would also tear down all cities and towns, except for historical areas and build new, modern, fireproof, bombproof, and weatherproof houses and apartments. And, I would get the CIA and FBI to infiltrate the Communist countries, and eliminate them from the inside. Last, but not least, I would try to improve American health, diet, and state of living, and the economy, and eliminate criminals, radicals, and treasonous people.

[Teacher's remarks: "This piece of writing is very well done, gramatically correct, and well thought out. I am impressed with the [illegible] structure and use of words.]

My teacher's remarks to the contrary, I'm chagrined by the structure of the essay, which is a pile of unrelated items with no paragraph breaks. Also, I cringe at the awkward shift to the passive voice I used to an attempt to take a break from all the "I woulds" I'm throwing around. (Had I known about bulleted lists in 1984, I would have been all over that.)

2. Ronald Reagan's Strategic Defense Initiative, aka the "Star Wars" program. It came out a year earlier, and I read every article about it that Time and Newsweek had to offer.

3. The House Un-American Activities Committee. Seriously, where did the bit about eliminating radicals and treasonous people come from? I sound like a John Bircher. Though I especially like that it's in the same sentence as improving American health and diet.

Actually, if you take the last two sentences and replace "Communist" with "Muslim extremist," I'm pretty sure it would fit in pretty well as a typical Free Republic post, and perhaps be featured in a speech at CPAC.

Ultimately, I'm disappointed because I thought I was further along by age 12. Then again, I was 12. Then again, that's how old Grover Norquist was when he says he came up with the idea for his "no tax" pledge. Go figure.