This Is What I Look Like Now: 10 Years in Driver's Licenses

My birthday is tomorrow, and thanks to coronavirus, it's going to be damn uneventful. I doubt I'll even do birthday trivia responses on Facebook; maybe in a few months.

I will take the opportunity, though, to compare and contrast my new (redacted), REAL ID-compliant driver's license:

I went to the Sterling DMV on a Thursday morning a few weeks ago, just before the 8am opening, waiting an hour and a half before getting my shot. 15 minutes later, I walked out with a voided driver's license. I didn't realize they mail the new one to you, and I just started a new client gig in a federal building, so I had to carry my passport around until I finally got the new ID the following Wednesday.

Getting the license took 3 attempts -- the first was because the mobile DMV2Go was a no-show at the Reston Town Center (I was trying to be clever and avoid lines; instead, I ended up sideswiping a parking garage pillar going against morning traffic); the second was at a DMV Connect at the Herndon Library (got there waaaaaay too late), before I finally gave in and went to a normal brick and mortar location. At least I had all my papers.

This is mostly just a reminder to my future self that in the Spring of 2020 we were in the middle of dealing with the COVID-19 coronavirus pandemic, with mandatory telework, social distancing, and shutdowns of schools, mass gatherings, and nonessential businesses.

I've been teleworking for two-and-a-half weeks now. I've made just 2 trips to the grocery store, one trip to Carpool to get takeout, and a brief stop at Jackson's in Reston Town Center before things really started shutting down.

Sunday, it was clear but cool for the peak of the cherry blossoms (a no-go due to crowding); I figured I'd take a walk around town, maybe get a photo of the local blooms and pass them off as from the Tidal Basin.

Here's an upskirt shot of 1900 Reston Metro Plaza (I refrained from using that phrase in the Flickr description... didn't want to attract any more Flickr pervs than I already have. It's 2020 and people are still using Flickr to feed their fetishes. I don't even check my notifications any more; it's just Flickr pervs favoriting photos of feet and belly buttons from 12 years ago.) 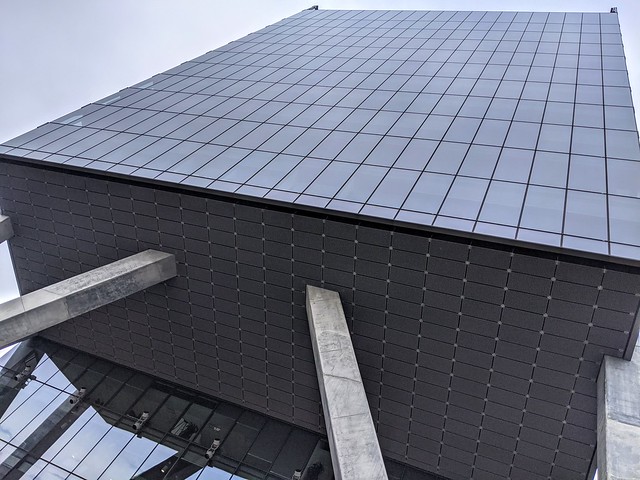 Anyway, I went through Wiehle Metro station, which was deserted, as was Plaza America. Also took a few photos of blooms and bushes with my Pixel 3A in Portrait mode to get some depth of field, but apparently when I deleted the unused photos in the burst, I somehow deleted the photos from my camera roll. Annoying. 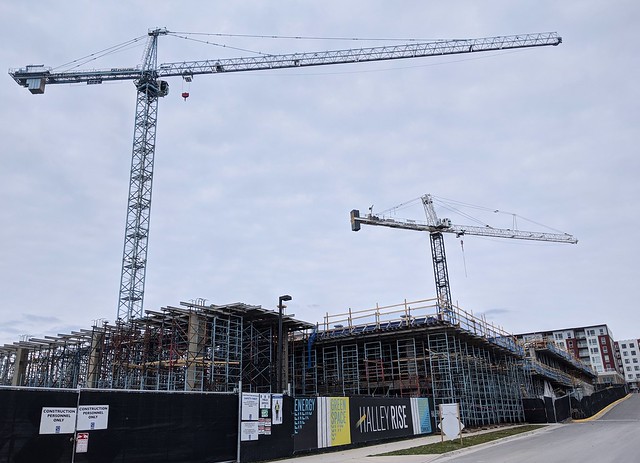 After going down Sunset Hills to Reston Parkway, I stopped by Halley Rise, home of the future Wegman's. 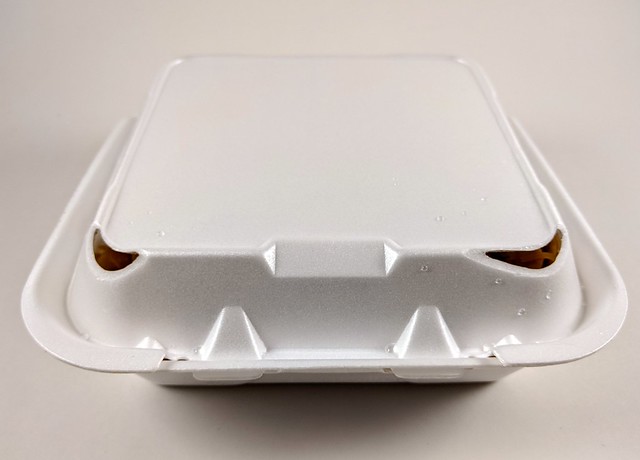 Then, I picked up some chicken pad thai at the new Thai place in Reston Heights, My Home Thai Bistro. Bad time to open a restaurant. The noodles were vermicelli-style, not flat, which was unexpected but okay, and they did cut steam vent holes in the box. 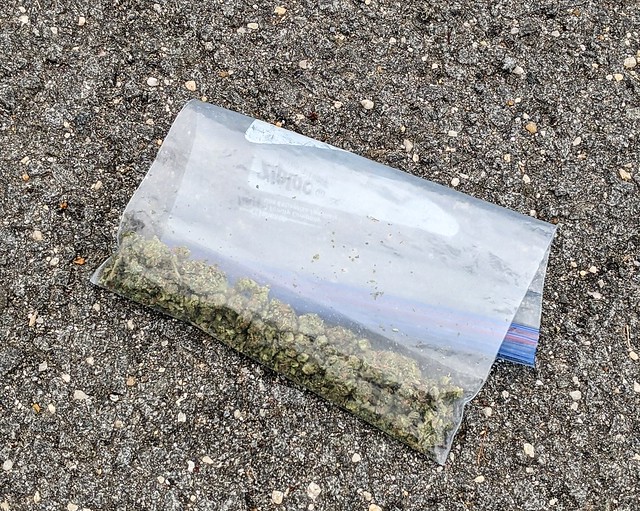 For the last image, I saw a baggie of weed in the street by the curb (not saying where) and actually did a double take when I saw it. Assuming it wasn't a hidden camera YouTube prank, it probably fell out of a pocket when getting out of a car.

Having just taken a piss test (first one that wasn't for a physical) for a new client gig, I maintained social distance while taking the photo.
Posted by Joelogon at 3/25/2020 No comments: