Rocking to OK GO With the Drone Lobby

I get the feeling that the off-duty National Geospatial-Intelligence Agency employee who drunkenly crashed a drone onto the White House lawn didn't know or sign on to the drone lobby's voluntary "Know Before You Fly" guidelines.

You know, the guidelines they were pushing just last week -- topped off by a free (well, mostly free) OK GO concert at the 9:30 Club?

The one that says "Do not fly under the influence of alcohol or drugs"?

And has a bit about not flying near or over sensitive infrastructure or property?

Not to mention prompts drone pilots to follow all local laws and ordinances? (Which, in this case includes the Flight Restricted Zone that covers most of DC. There's a prescient bit in that Time article from May 2014 on the likelihood of getting caught: "Doubtful, unless you upload the video to the Internet, crash spectacularly, or get way too close to a really sensitive area like the White House.")

Now, while it may not be great news for the drone lobby, I would guess that it's going to be great advertising for the DJI Phantom line.

And on that whole "drone" thing -- sorry, guys: You've lost the "drone" war. Despite the connotations of the word drone that you don't like (Hellfire missiles raining death upon insurgents and wedding parties with equal impunity) and the fact that drone is, admittedly, a term that lacks nuance, the terms you're trying to push -- UAS (unmanned aircraft system), sUAS (the same, prefixed by "small"), RPA (remotely piloted aircraft) -- they've all got too many syllables.

Get it down to cute nickname that's two-syllables (tops), then we'll talk about not calling them drones.

Anyway, here are my photos from the concert. Doors were at 7pm, I got there around 8, so I can't attest to the existence of a pre-show drone advocacy timeshare-like presentation; all I know is that there were more jackets and ties than I'd ever seen before in the 9:30 Club, they showed OK GO's I Won't Let You Down, and some guy who I'd been standing next to at the front left of the stage (presumably, a bigwig from the Small UAV Coalition) got onstage and gave a short introduction. 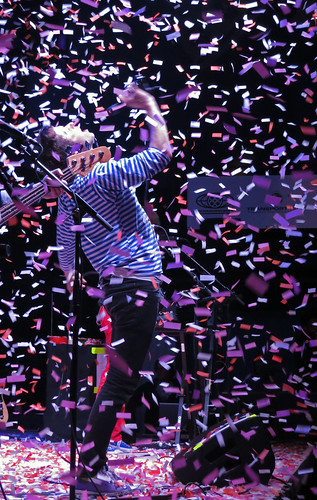 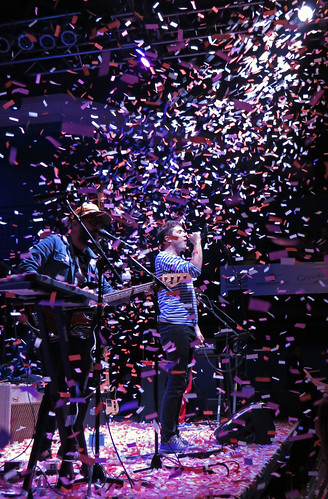 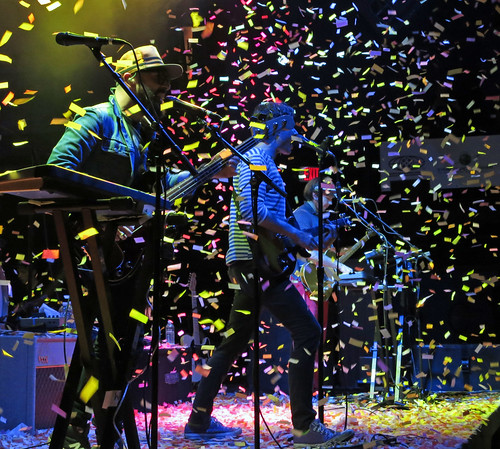 "Dad, why do you have a hammer in your pocket?"

"Dad, why do you have a hammer in your pocket?" 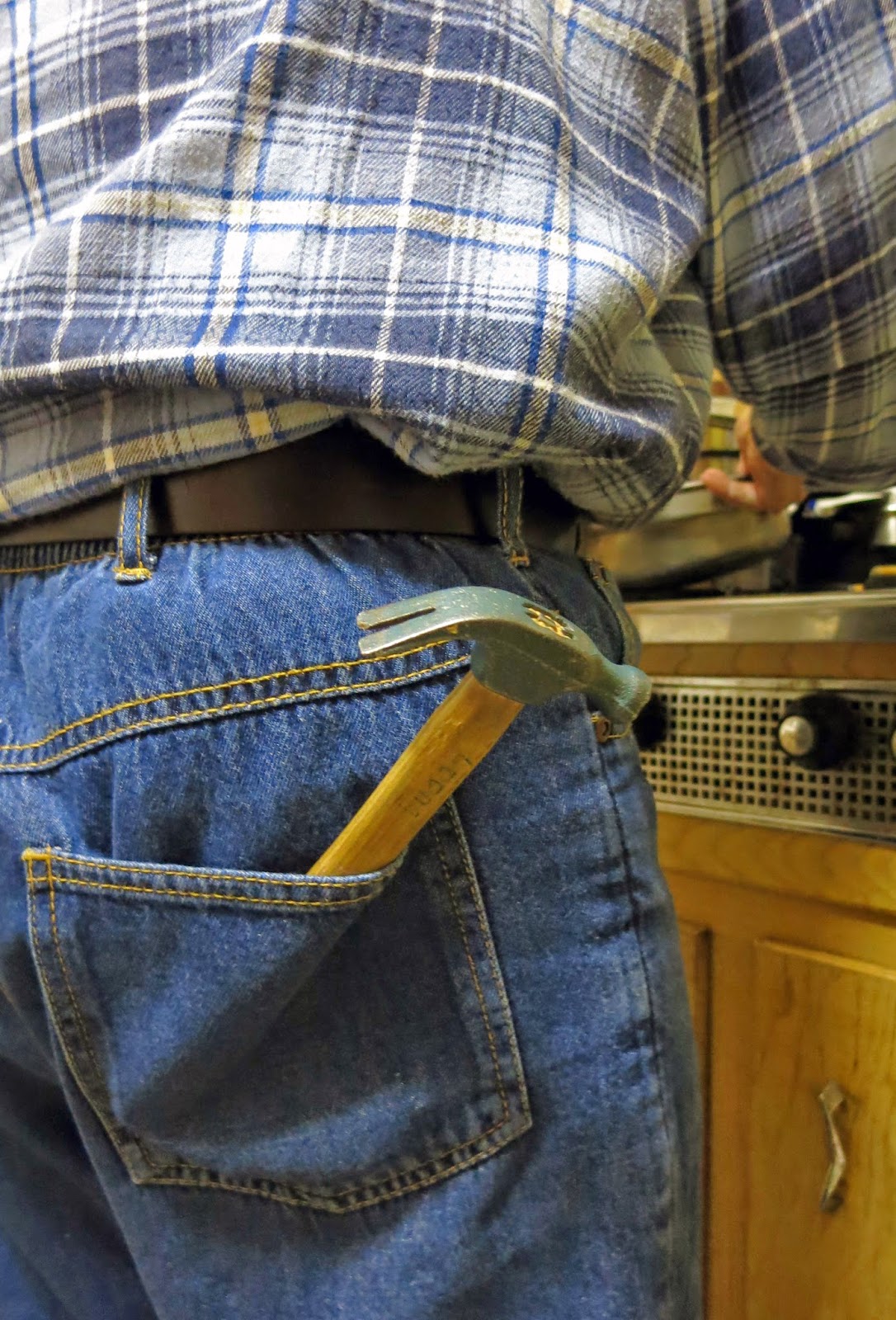 "To break off pieces of my chocolate bar." [Demonstrates by holding a Cadbury chocolate bar in his hand and hitting it with the hammer.]


This past weekend, my sister had a showing of Every Day Is a Holiday up at the Mohonk Mountain House resort up in New Paltz, New York. She was able to take a guest, so my Mom went with her, and I came up to keep my Dad company (he''ll be 92 this year and these days doesn't much feel like traveling).

The drive up Friday afternoon was pretty painless, and I used the opportunity to binge-listen to Serial, which I'd avoided until this point.

My goal for the weekend was pretty simple: No home improvement projects, no road trips, no extensive oral history interviews -- just spend some time, heat up a few meals, take him to church on Sunday, and listen to his stories (and get him to tell some different ones).

So, we did all that. Plus, I changed the flapper in the downstairs toilet.
Posted by Joelogon at 1/07/2015 No comments: