WMV is making me upset

I'm okay with not understanding things. Happens all the time.

I'm not adept at video, so please tell me: What am I doing wrong?

So far, here's the one hitch I've run into after upgrading to Snow Leopard: Photoshop Elements 4 stopped working, even after installing Rosetta as prompted.

This was not an incredibly big deal, though I needed it enough that I decided to buy Elements 6. And it comes bundled with the Wacom Bamboo Fun graphics tablet, which I've had my eye on for a while, so it was the perfect excuse to get one. Didn't find any good deals, so I just popped over to Best Buy and got one. 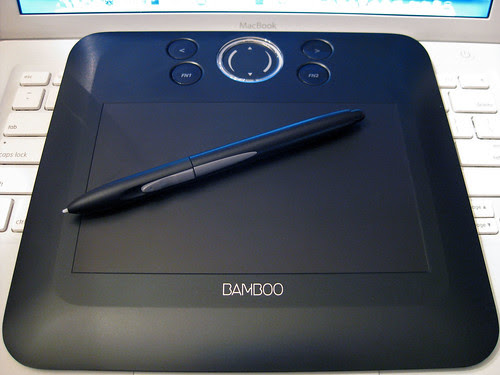 Then, I started running into problems.

* My Macbook's internal optical drive is dead, so I've been using a borrowed external DVD drive. However, it was still at work.

* Okay, no problem: It's 2009, so I download the tablet drivers and Elements 6 demo, figuring I could use the Elements serial number on the download.

* Find out that the Elements DVD serial won't work on the downloaded demo. Annoying, but I get by in 30-day trial mode.

* Get to work the next day. Insert install DVDs. The external DVD player, which I used to install Snow Leopard, doesn't see the discs.

* Look up the internet. Find that Snow Leopard not seeing external DVD drives is a known issue. Find workaround: With DVD inserted, plug and unplug the FireWire cable.

* Go to Install Elements off the DVD. Installer fails, due to critical errors reported to an error log that I can't find. Try to uninstall. Uninstall fails.

* After more searching, finally find and run CS3Clean Script to uninstall previous stuff, then finally reinstall Elements 6 off the DVD.

It was a pain in the ass.

I also had to reinstall Adobe Flash Player, but it turns out that this was a good thing, since Snow Leopard comes with an older version with security holes.

Anyway, I'm still getting used to both Elements 6 and the tablet. So far so good, though.