Back on My Back

I jacked up my back again last week. It's happened before, though I guess my recovery time has gotten longer. I was mostly flat on my back and chewing through Advil for about four days, and only for the past few days have I been able to walk around, albeit twisted up like a scoliosis sufferer.

The proximate cause was deadlifts, which is (*double-checks definition of irony*) ironic because I do deadlifts to try to strengthen my back to keep from throwing out my back. This sounds like a not-unmanly reason, though the weight was low and a previous occurrence was caused by coughing too hard. 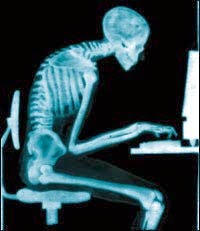 * Wallet too fat: Seriously, this is a 3D-printed statuette from a scan of me and my dad (that my sister gave me -- we were visiting a makerspace at NYU she's part of).

We're sitting on a rotating platform and I'm leaning on him, trying not to wobble off. I noticed in the scan and on the statue that you can see my wallet bulging. 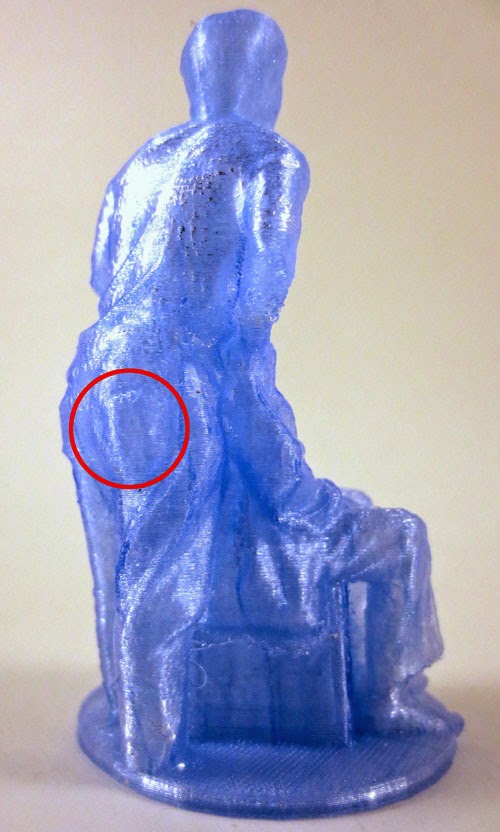 I have since switched to a bi-fold, but I might have to go for something even thinner and combine it with in a front pocket money clip. I don't see total front pocket wallet carry happening -- small frame = small pockets.

* General stupidity: My back was already sore before I went to the gym, but I went anyway, mostly because I needed to work my shoulder (which I just ended therapy for, but I still need to work). I should have listened to my body.

Anyway, while I was incapacitated, I couldn't really work sitting up, and I'm just not that productive on a tablet. Fortunately, my cable provider was doing a week-long free promotion for on-demand viewing of premium TV shows, which is great since I don't get HBO, so in about 2.5 days, I binge-watched:

* All three seasons of Game of Thrones. (So I finally get the references everyone's making.)

It was great since I didn't have to get up from the sofa to change discs -- shifting positions was really challenging the first few days. (Seriously, hobbling around the house, I was leaning on walls and even using a jury-rigged cane made from 3/4" PVC.)

Yes, it would have been perfect, save for the increasing pollen count -- pent-up demand from the long winter. Every sneeze was... agonizing. And the anticipation made it worse -- there's only so many times you can avert a sneeze. It was kind of bad.

I'm mostly moving around now. I guess I should drop deadlifts and squats for a good long time and look into yoga and kettlebells.