Overthinking Halloween in a Time of War

Last week, I beta-tested the Halloween costume I'd alluded to earlier -- it's a police uniform: 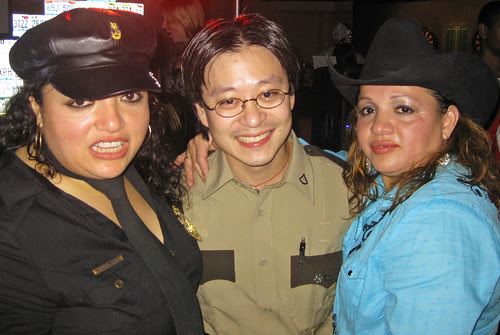 I'm in the middle.
With the tan and brown color scheme, it's more of a sheriff-style uniform. It's actually pretty close to the Sheriff Grimes outfit on the upcoming zombie series, The Walking Dead, though his is short sleeved and the pants have a tan stripe up the side.

My habit of buying stuff from police supply catalogs started before the Internet made it easy -- I started with a Streamlight hazardous-environment-rated flashlight and some other stuff from the Gall's catalog back in the mid-'90s, when you actually had to seek them out.

Now police and public safety supply catalogs are just another source for bargain sites and Google shopping searches. Which does make it easy to find uniform shirts on clearance for 10 bucks (or less). That's why I had the uniform shirt. And handcuffs (real ones) and a holster (also real).

Add some pouches and some brown pants, and a trip to Ranger Surplus for some patches and pins and a cap gun, and I was pretty much set. (Though I just did get a Sheriff's badge on eBay, and am waiting on a few patches. I actually found some Fairfax and Loudoun County patches on eBay, though I stayed away -- I'd rather stay on the Halloween costume side of things, vs the "impersonating a police officer" side.)

I could be a soldier for Halloween... but won't
I've also got a bunch of pieces of militaria, bits of tactical gear and camouflage that I've gathered over the years, from which I could probably cobble together a passable soldier costume, but the idea of an adult dressing up as a soldier during a time of war makes me distinctly uncomfortable. (Unless it's "sexy soldier." That's okay.)

Even though I never really outgrew my military fanboy phase (I never served), in a time when fewer than 1 percent of Americans are in the military, with an ever-wider civil-military gap even as we're fighting wars in Iraq and Afghanistan, it feels wrong to me seeing a civilian play dress-up for Halloween. Or cosplay. Or airsoft. For adults, anyway.

(Then again, I did wear a flight suit and bomber jacket for Halloween a few years back. But I think "Top Gun fighter jock" is a little different, since that was never on the table, anyway... poor vision, very average reflexes.)

Stopped by Target on the way home to buy gum. (I was all out of gum. I needed gum.) 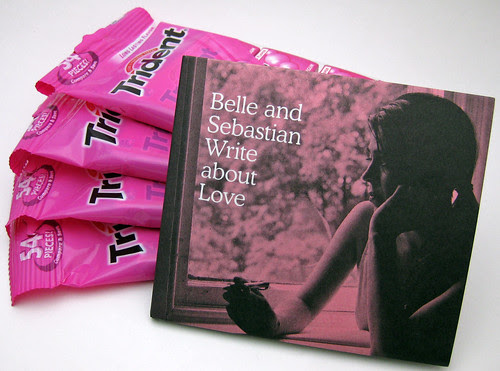 They were both on sale, and they're both pretty pink.

On impulse, I also bought a set of boys' size large footie pajamas. They were on sale for ten bucks, and I thought I might be able to use them for a Halloween costume.

That's not going to happen: 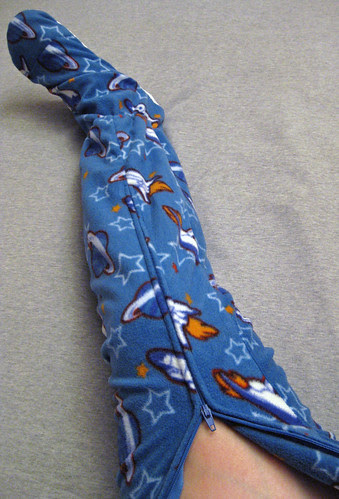 I am simultaneously disappointed and relieved that I can't wear boys' size large footie pajamas. (I had thought that with the fattening of America's youth, I might have a chance, but I couldn't even zip up the leg. And why does the zipper go down one leg, anyway?)

My Life in Four Quarters 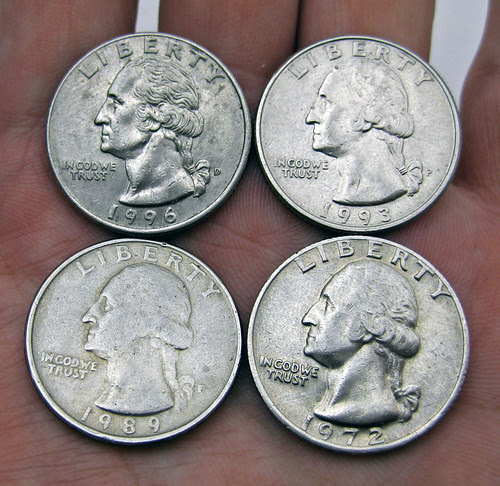 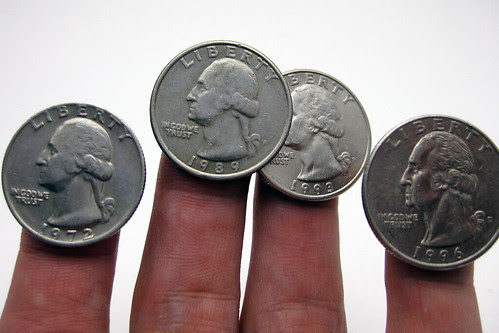 It's not like these are special coins that I saved specifically at each moment in time. I just found one of the years in my pocket, then went digging through my change to find the others.
Posted by Joelogon at 10/05/2010 3 comments: Links to this post