Good Halloween Costumes Don't Need to Be Explained. (This Was Not a Good Costume)

This year, Halloween costume inspiration failed me, so I decided to go topical and timely -- a personal first. (Continuing the trend from last year's pun costume, also a personal first. At this rate, next year's costume will be a t-shirt with "COSTUME" written on it with magic marker.)

The NSA has been on everyone's mind of late, so when I saw after an instructional video on how to make a cheap parabolic microphone, I decided to combine the two elements.


Construction of the mic was fairly straightforward. I couldn't find an umbrella hat like the video shows, and after fruitlessly hunting for the right mini umbrella (and ruining one), I decided to just go with a plastic bowl.

I also bought an MP3 voice recorder (which I've been meaning to do), as well as a cheap lavalier mic and some cheap faux-retro headphones from teenybopper hell 5 Below.

The key element, though, was the NSA parody t-shirt, which I bought off of eBay from a print-on-demand outfit: 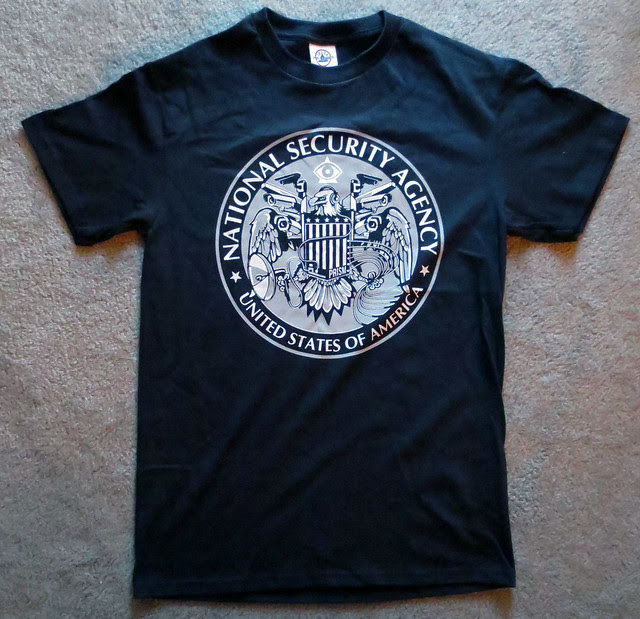 Unfortunately, even though I bought it 2 weeks ahead of time, I learned it wouldn't arrive until after Halloween. (I just got it today.)

So, as fallback, I shifted the focus to an "eavesdropper" based on Gene Hackman's character, an audio surveillance expert who works for the government, in the 1974 film The Conversation ("Based on" since I don't think he actually uses a parabolic mic in the film. He also plays a very similar character -- possible the same one -- in 1998's Enemy of the State): 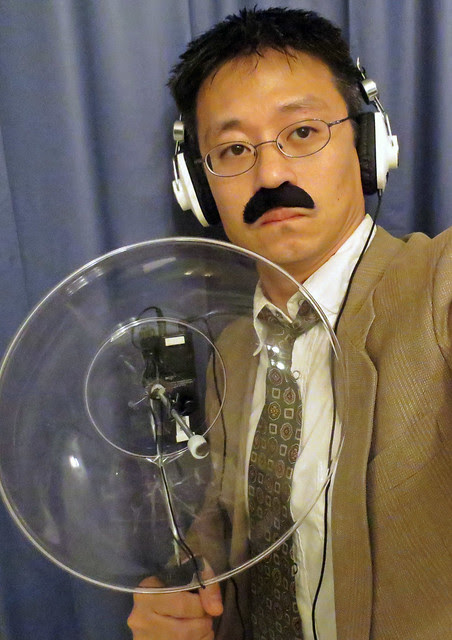 Add a white shirt, wide tie, brown suit, and a 64-cent fake mustache, and wallah voilà. (The glasses should really be horn rims, but whatever.)

Out and about, people got the eavesdropping part, though nobody knew the movie reference. And the mic is functional, though the parabolic effect is barely noticeable compared to just using the bare microphone.

Also, here's the formula for determining where to mount the microphone: