July 19, 1999: For Monday morning, we continued with the "Kennedy Tragedy" headline; plane crash fragments had been found, and people had basically stopped hoping for a miracle: 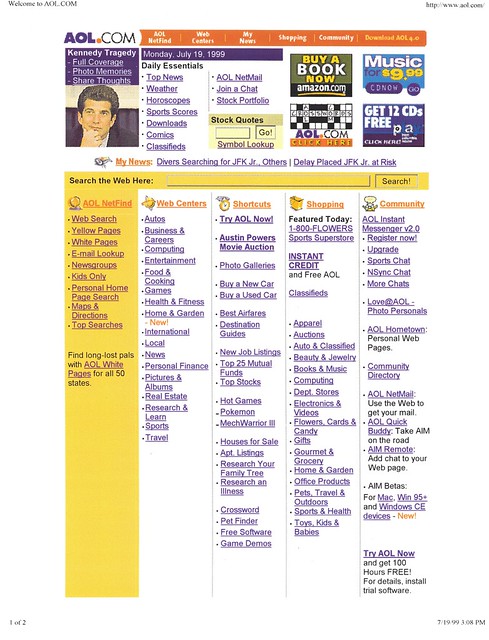 For the PM update, we changed the headline to a remembrance (though at this point, I'm not sure if he'd been officially declared dead): 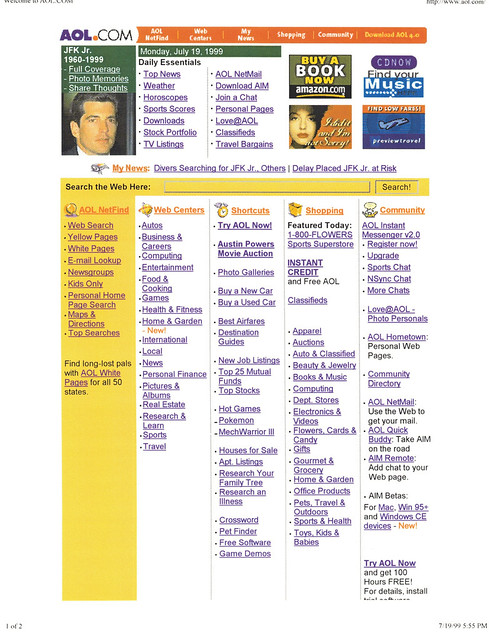