July 4, 1999: For Independence Day, we inexplicably led with the South Park movie, heading a "Fun On The 4th" (and look at that headline case) mini-package of movie listings and tickets, and AOL Local's fireworks finder. (As I recall, most of the Digital City/AOL Local listings were pretty lame; it was human-created editorial content that was really, really thin--like, restaurant listings or events features for major cities with two or three items): 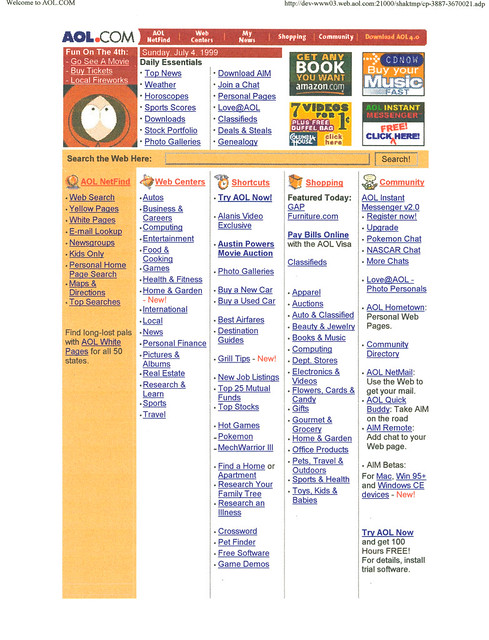