July 22, 1999: For almost a week, the main promo headline had been a variation of "Kennedy Tragedy." This day was no different. (The My News headline says, "Kennedy Ashes To Be Scattered at Sea.") 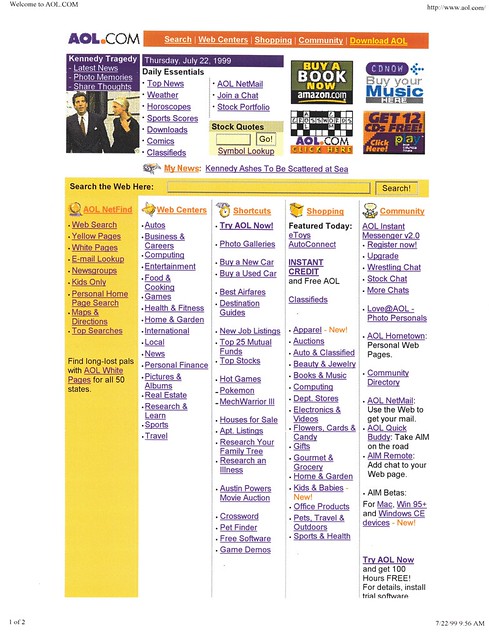 For the PM update, we updated the headline to "Farewell JFK Jr." 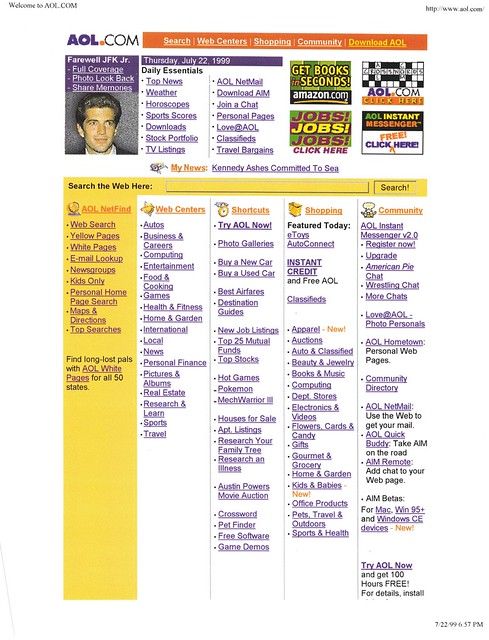