July 21, 1999: We temporarily went with a "Watch Wall Street" promo (the same one from the previous Thursday, only with a new piece of stock art); however, the My News headline has an update on the JFK Jr. story: "Kennedy's Body, Plane Wreckage Found": 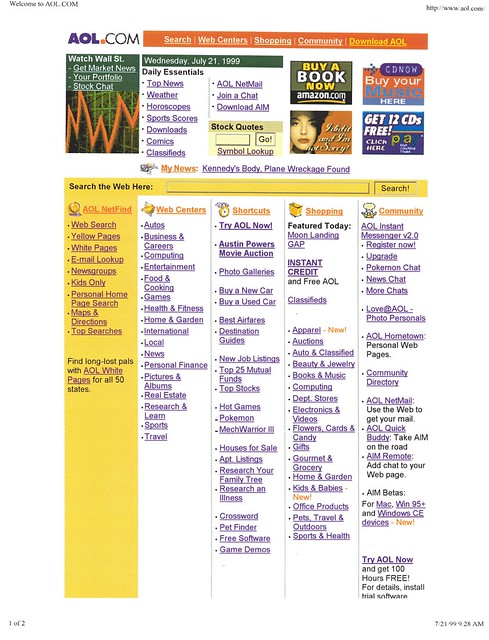 We did a mid-morning update of the headline to "JFK Jr, 1960-99," now that the death of JFK Jr and his passengers was official: 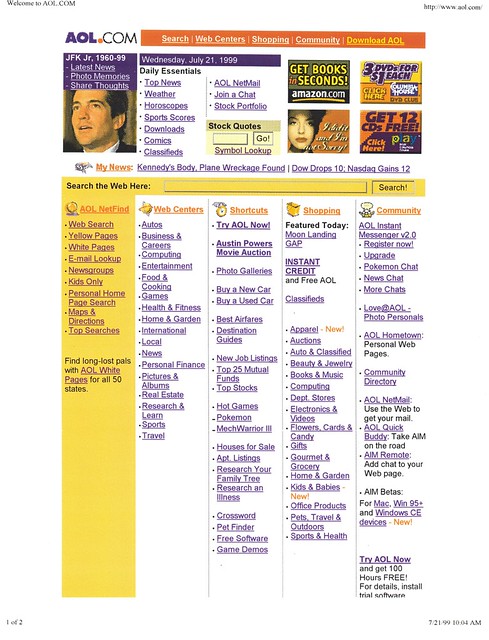 For the PM update, we continued with the "Kennedy Tragedy" headline: 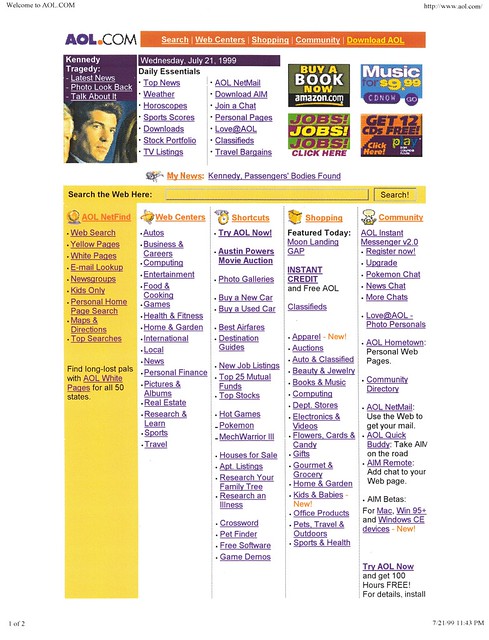