July 27, 1999: We went back to car shopping and the Corvette stock art; the My News headlines reference the deadly US heat wave, as well as a motel handyman near Yosemite National Park who confessed to (and was later convicted of) four murders: 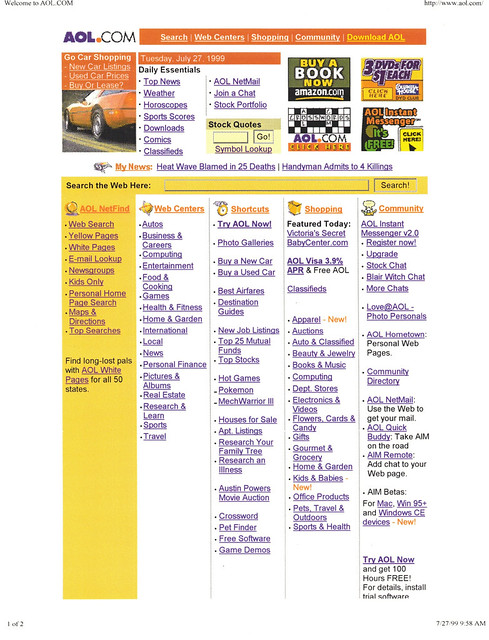 Mid-day, we switched over to a hot woman: 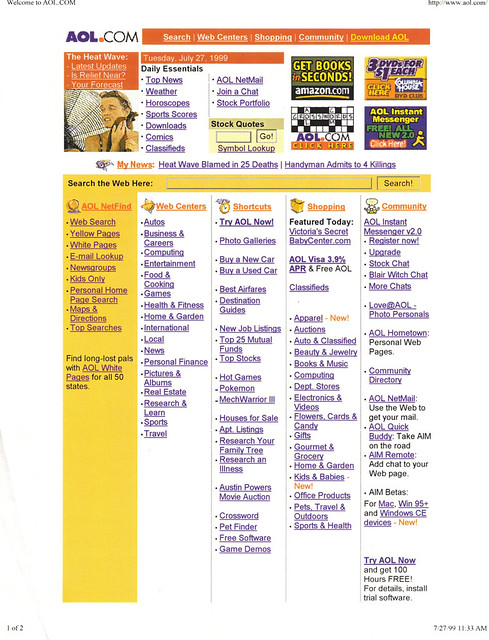 For the PM update, we switched to a little kid trying to cool off in a sprinkler: 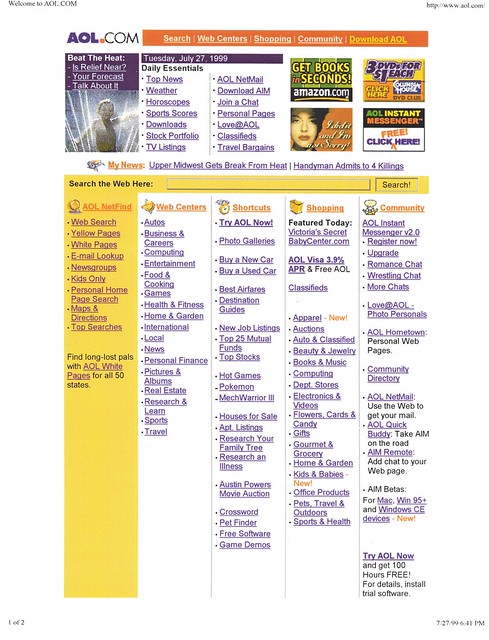