July 9, 1999: I guess we didn't have a choice but to feature the teen coming of age sex comedy American Pie (our editorial overseers were a bit uptight about these sorts of things); we started the morning promo with a photo of Alyson Hannigan: 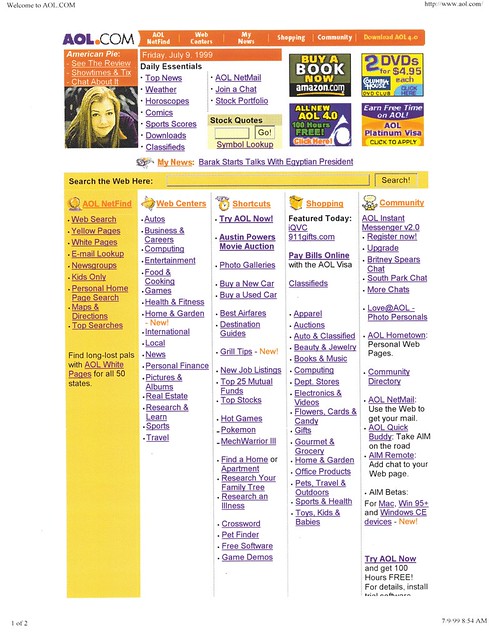 For the PM update, we stuck with American Pie, switching to a movie still featuring Natasha Lyonne and (I think) Tara Reid. We didn't feature any of the male leads, presumably for clickthrough reasons: 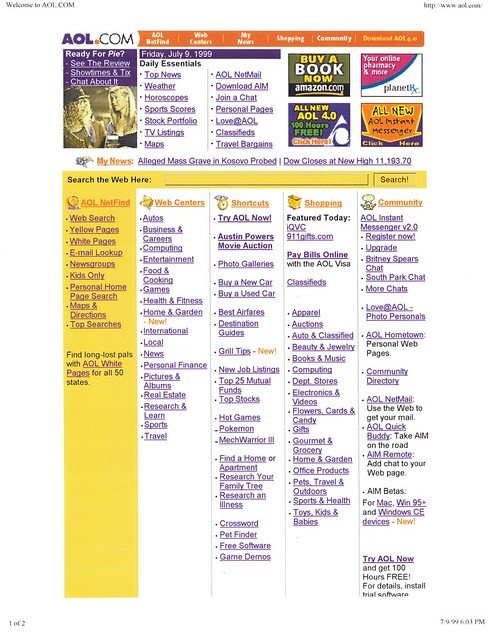