July 14, 1999: We did reference Bastille Day, though only as part of a "Fly to France" travel package promotion, anchored by a pic of the Arc de Triomphe. (This was also the 1-year anniversary of the redesigned AOL.com, though we didn't mention that at all.) 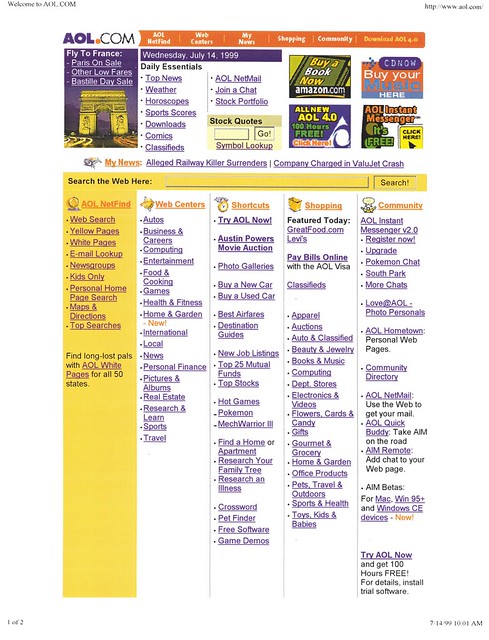 For the PM update, we went with a pretty tame Hollywood news feature, with presumably an Entertainment feature and photo gallery (we led with a pic of Mike Myers and I think his then-wife?): 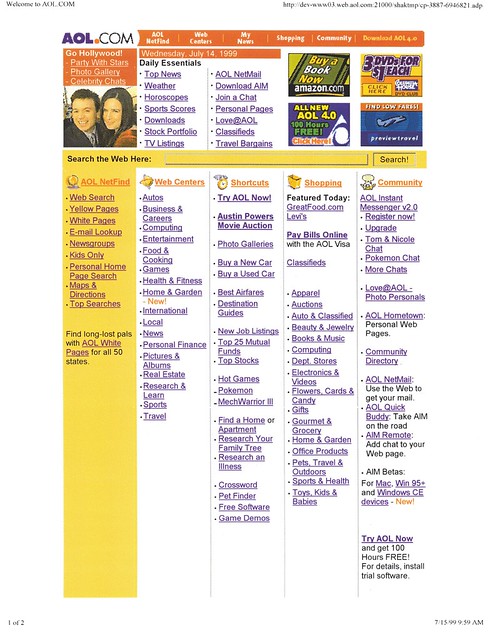