July 16, 1999: For Friday, we went with a generic summer fun promo, as represented by beach ball.

We also teased an update to the top nav bar, switching from a clickable graphic bar to text links, though it looks like we reverted it later in the day (also, I'm not sure why there's no My News headline showing, even though this is a screenshot from production): 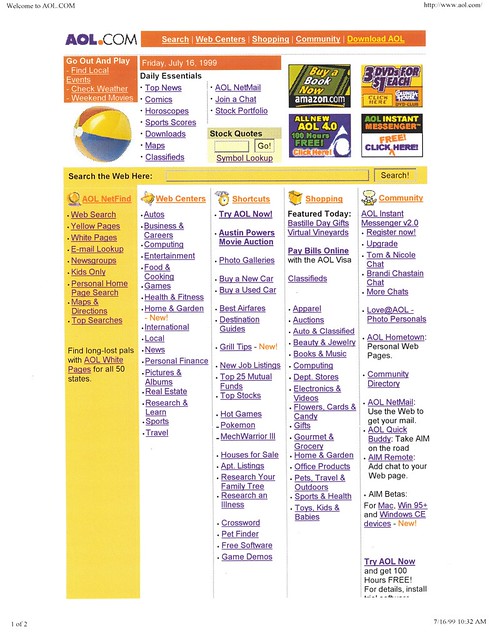 In a mid-day update... we tweaked the lead promo, switching out "Check Weather" with Restaurant Guide. We also pulled "Top News" out of the Daily Essentials, which leads me to wonder if there was a My News outage we were working around: 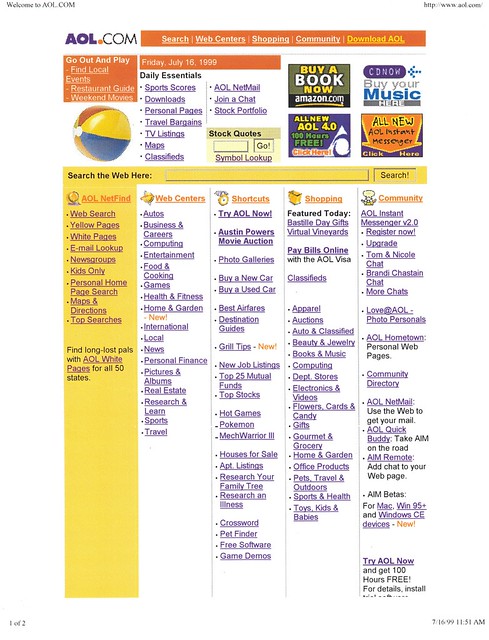 For the PM update, the My News headline returned, as did the previous top nav bar. I feel like we tried to launch a few changes but were forced to revert them. Anyway, we changed the lead promo to Eyes Wide Shut: 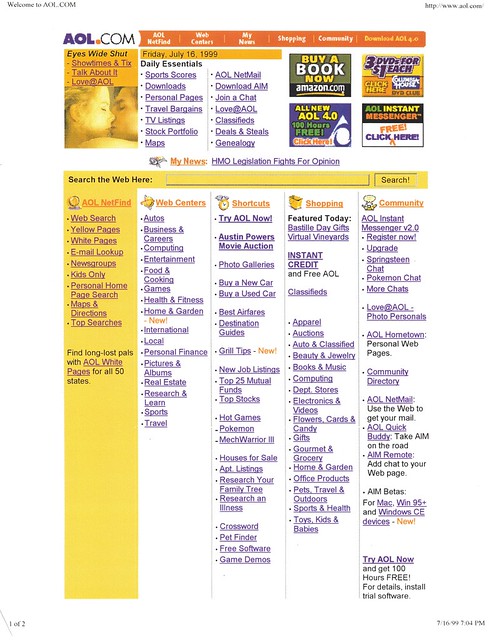 We did another late day update, putting "Top News" back in the Daily Essentials. The My News headline references a gathering of moonwalkers to celebrate the 30-year anniversary of the Apollo 11 moon landing: 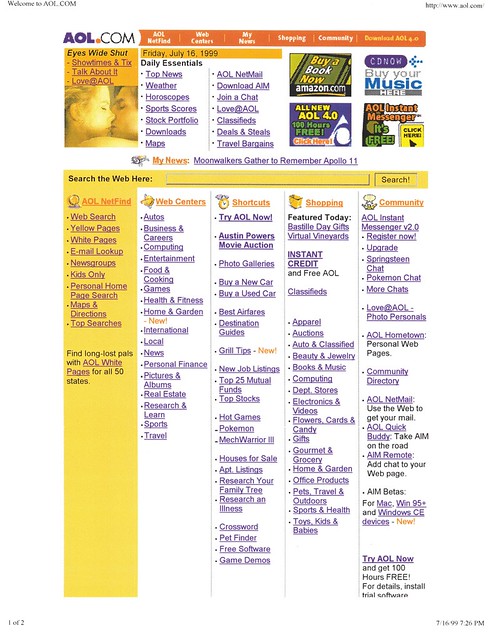