July 8, 1999: Thursday began with a car-buying promo (for both new and used cars); the My News headlines referenced tobacco companies found liable in a Florida case, and Clinton (doesn't specify Bill or Hillary, but it was the president, not the future failed presidential candidate) to visit the Watts section of LA: 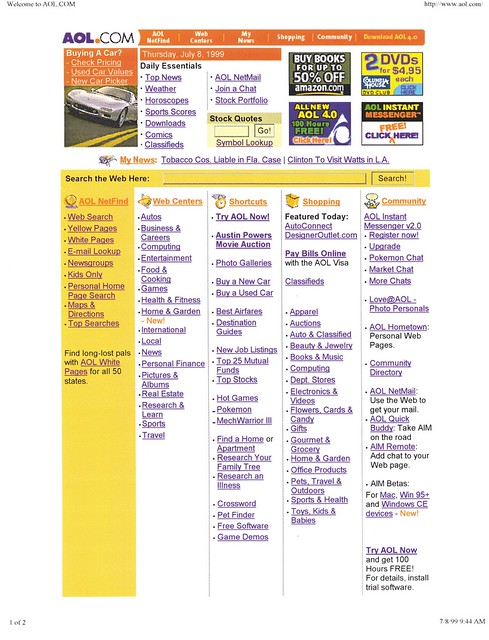 For the PM update, we went led with Sarah McLachlan and the dates for the 1999 Lilith Fair (the final one, not counting the ill-fated 2010 revival attempt): 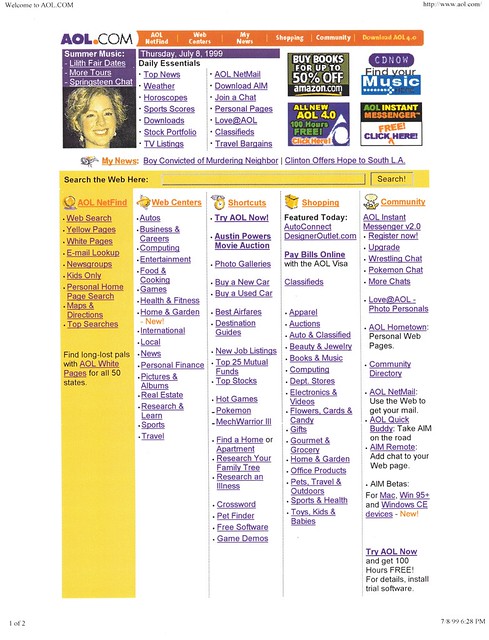