July 11, 1999: It may seem strange now, but 20 years ago, NASCAR wasn't nearly as big as it is today. It was gradually poking its way into the coastal media elite bubble (even as we made efforts to make sure we were reaching a more mainstream [that is, flyover country] audience): 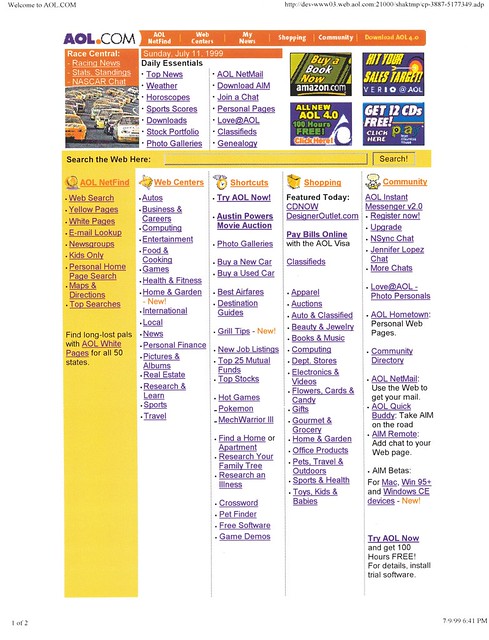 [Series note: In the late 1990s, I programmed the content for the AOL.com home page, which relaunched with a new design on July 14, 1998. I printed screencaps and saved them. 20 years later, I'm scanning them in and posting them with a little commentary under the tag #20YearsAgoOnAOLcom.]
Posted by Joelogon at 7/11/2019