July 28, 1999: We started out with another passive-aggressive promo author's "Get a Better Job" promo; not sure why the ads printed in black and white, I don't imagine that actually happened in production; the second headline references the safe return of the Space Shuttle Columbia (the mission was STS-93): 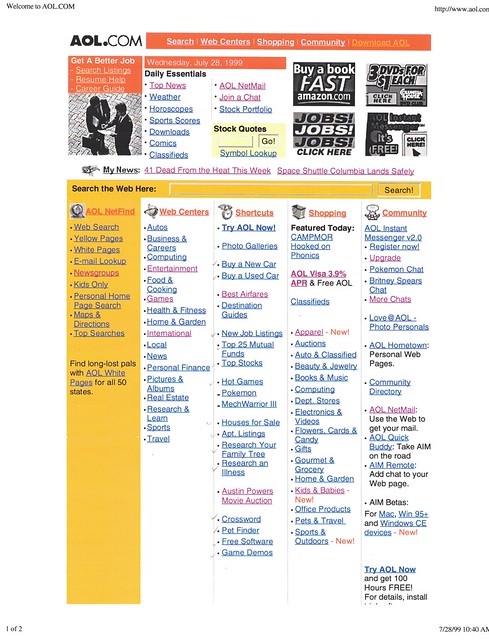 For the PM update, we went with Last Chance for $99 Fall Fares (good luck with that); oddly, although the screenshot was printed at 6:36pm, we still had the morning top block format (with the sock quote lookup box). Probably human error (mine): 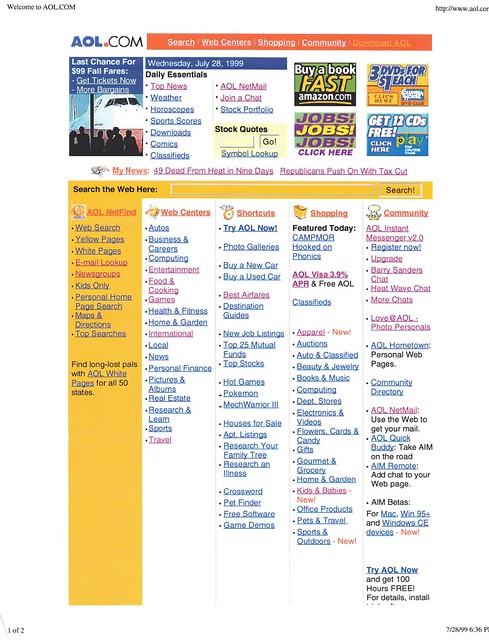