October 28, 1998: The lead promo was an exclusive preview of the new Alanis Morissette CD for 1998, Supposed Former Infatuation Junkie, though of course I referenced Jagged Little Pill's "You Oughta Know," even though that album was over 3 years old by this point.

The album was released on the Maverick Records label, "...a joint venture between Madonna, Frederick DeMann, Veronica "Ronnie" Dashev and Time Warner." Not sure what the relationship was that got us an exclusive (or to what extent it actually was an "exclusive"); the Time Warner merger/acquisition wouldn't happen for until 2000.

I also don't recall what business need required us to bang the AOL 4.0 drum so hard. "Download AOL 4.0" had been in the top (and bottom) nav bar ever since we switched from the pulldown menu to the static nav bar back in August. 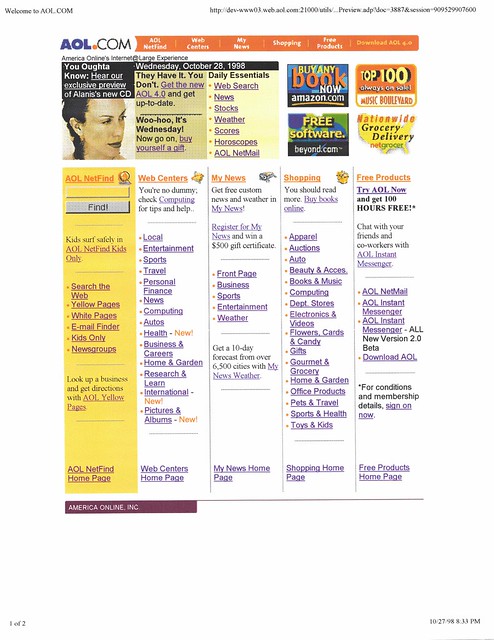 Apparently we got a better photo later in the day: 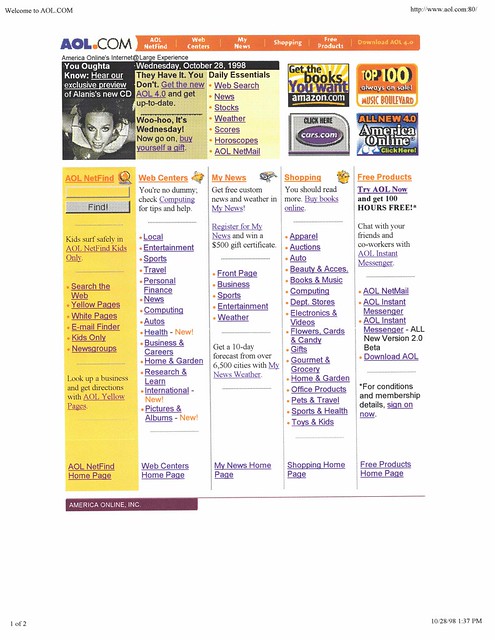