October 14, 1998: Star Trek: Voyager kicked off its fifth season. For some reason, I chose to use a Gilligan's Island reference in the headline. (Isn't that show due for a gritty reboot now? Or was that Lost?)

I neglected to notice an addition to the My News column: A standing promo to "Vote smart on Election Day with Web, White, & Blue." According to this contemporaneous Washington Post article, Web White and Blue (no commas) was an online clearinghouse for 1998 election information, to help educate the American voter. I gather that no Russians were involved.

Today, the WWB domain redirects to this Markle Foundation report on the 2000 elections. 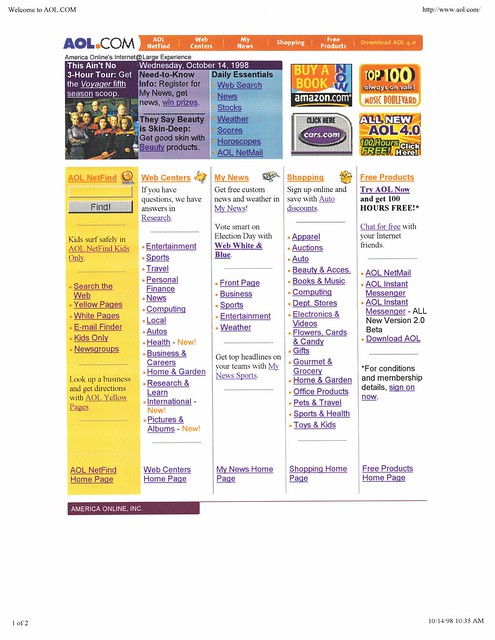