October 20, 1998: We led with a photo of Rick Schroder, though he wouldn't join the NYPD Blue onscreen cast five episodes later in January. Meanwhile, the Padres got their chance to lose at home, and the top block's shopping promo references an AC/DC lyric.

A text promo in the My News column references a chance to win a $500 gift certificate for registering for My News. Don't remember that promotion. 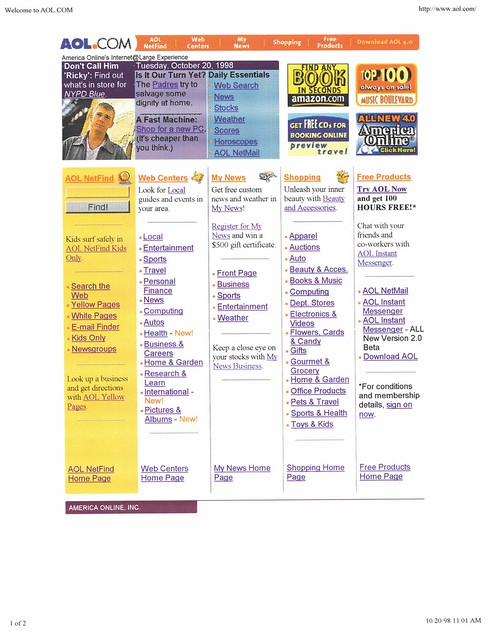