October 2, 1998: For Friday, we featured the first of two animated insect movies that came out in the fall of 1998, and the only one that featured the voice of Woody Allen, Antz. It has not had a lasting cultural impact. 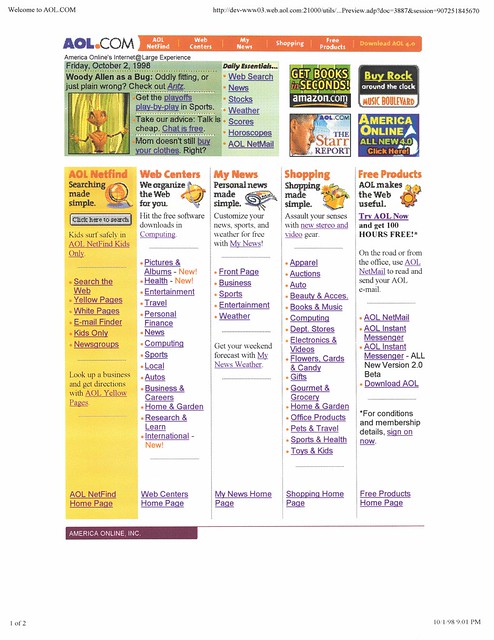