October 13, 1998: A hacky song reference to promote Personal Finance in the lead promo.

The first text promo is NHL, featuring the Washington Capitals versus the Detroit Red Wings in a Stanley Cup rematch. Yes, there was life in DC hockey in the 1990s, even if the intervening years made people want to forget: The Capitals made the NHL finals (and got swept) in the 1997-1998 season. 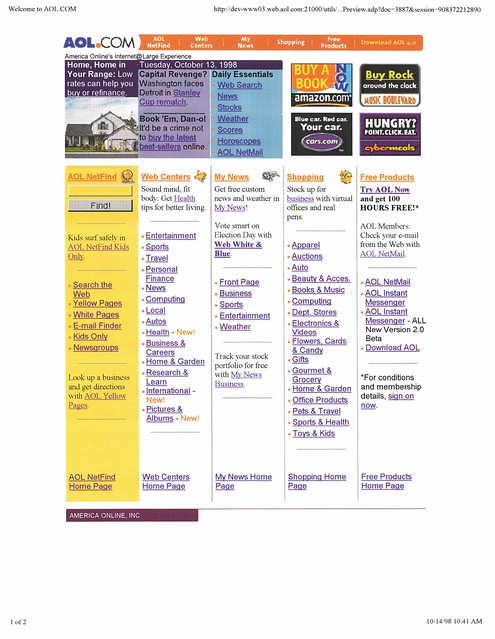