October 8, 1998: We started off the day with a reference to the National League Championship Series between the Braves and Padres; game 1 was the previous night, with another game that night. (Also note the second text promo, which references the House's Clinton impeachment debate.) 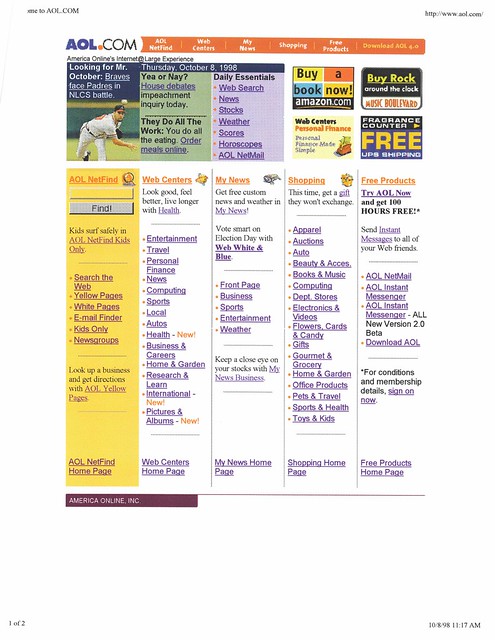 We then did a mid-morning update for the previous night's Yankees' loss to the Indians, mostly because there was a controversial play involving Chuck Knoblauch that I'm pretty sure I saw on TV (I don't watch much post-season baseball, but I seem to recall it made an impression), so I referenced it in the promo. 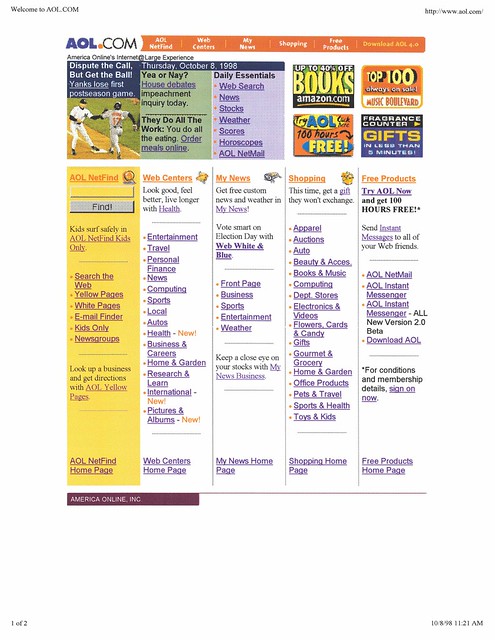