October 29, 1998: At age 77, John Glenn became the oldest man (and first sitting Senator) to fly in space on Space Shuttle Discovery, STS-95. We did two updates as we got new photos and content updates; the news package link remained the same, so all I had to do was post a new photo: 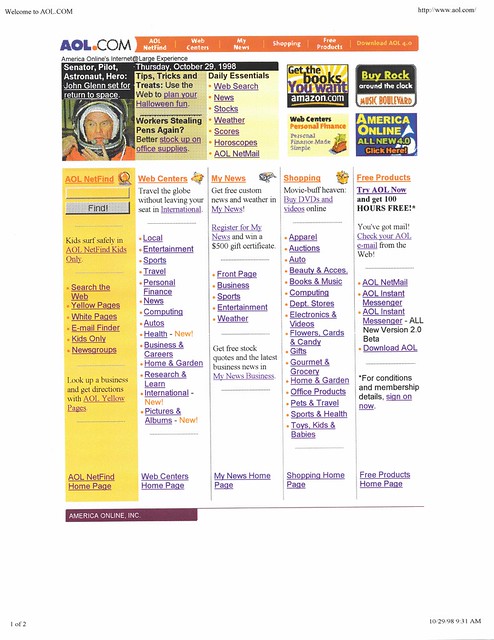 All of the these were screenshots of the live page, so the ad lineups are 100% accurate. 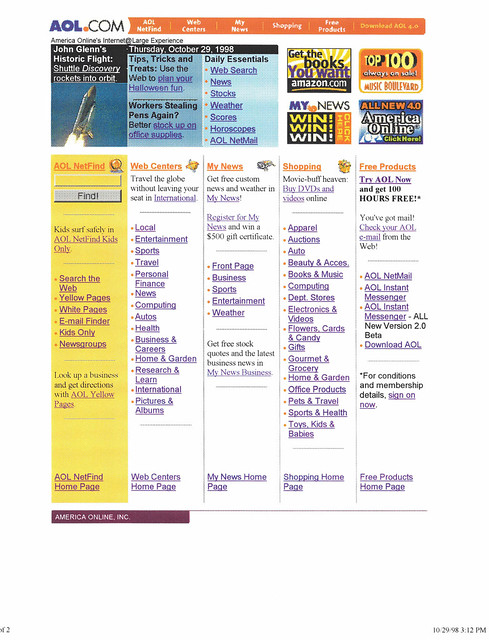 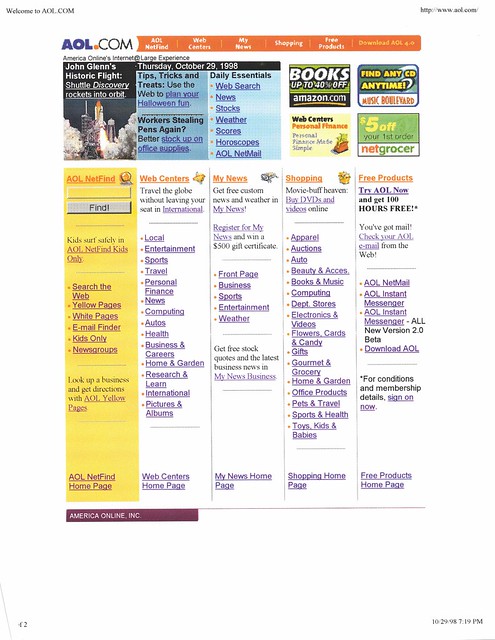