October 6, 1998: A baseball promo with a reference to a Jackie Chan movie. More notably, we tweaked the design of the top promo block, which finally aligned to the columns below. The lead promo was still a text block above a graphic, followed by two stacked text promos. The Daily Essentials remained in the third column.

One other thing -- it looks like we finally made the AOL NetFind box in the left column an actual working search box, with a working text entry form (instead of just a link).

A lot of the cleanup was also to try to reduce page file size and load times. Remember, this was still the dialup days. We did every thing we could to do simplify the tables, remove graphics, and even strip out unneeded breaks and spaces in the HTML to get the page to render faster. 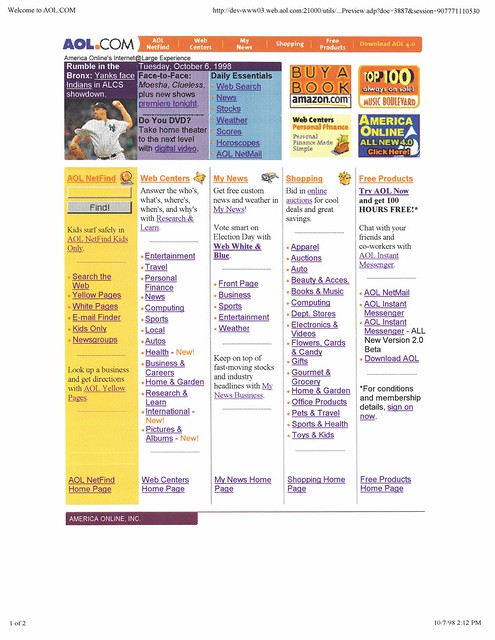