October 5, 1998: Another NFL promo, on the Vikings-Packers matchup and Vikings QB Randall Cunningham, who was hot in his return after one year of retirement. 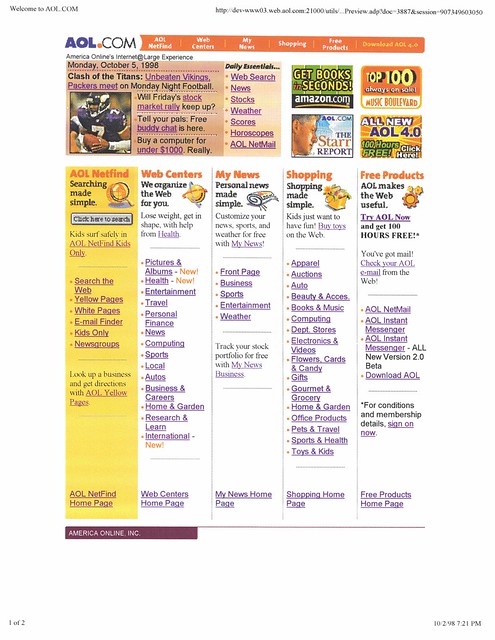 Then, at some point during the day, we implemented a design tweak that really shrank the column headers, switching from a graphic logo with integrated tagline to a text hyperlink with a much-smaller logo and no tag line.

We did this because we wanted to get more content to show above the fold: Clickthrough rates were really low for content below the fold. The fact that it was mostly bulleted lists probably factored into that. 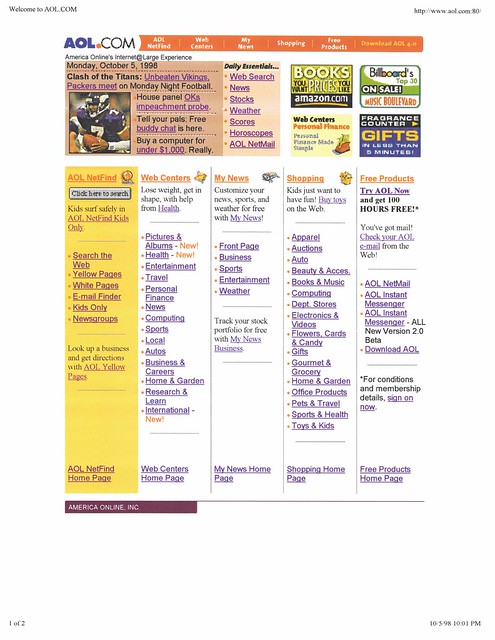