October 21, 1998: The Yankees went up 3-0 in the World Series on Tuesday; we led with the result, then did an early-evening update asking if the Padres could avoid the sweep. (They couldn't.)

Also notable: The first Hometown AOL promo to date in the second text promo. Hometown AOL was AOL's web page building product for members, like Geocities, except without all the sparkly bling. 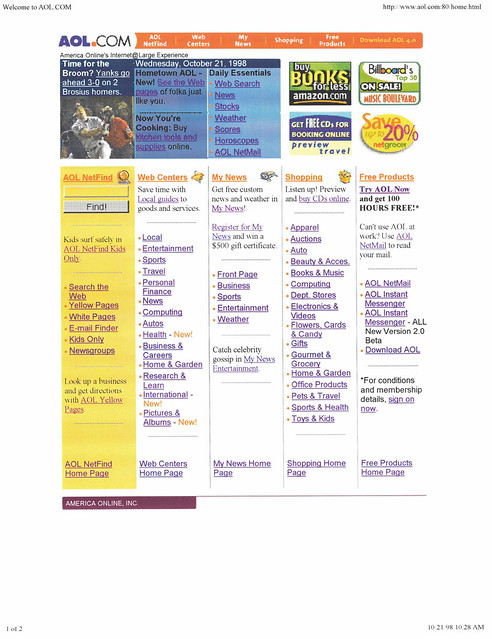 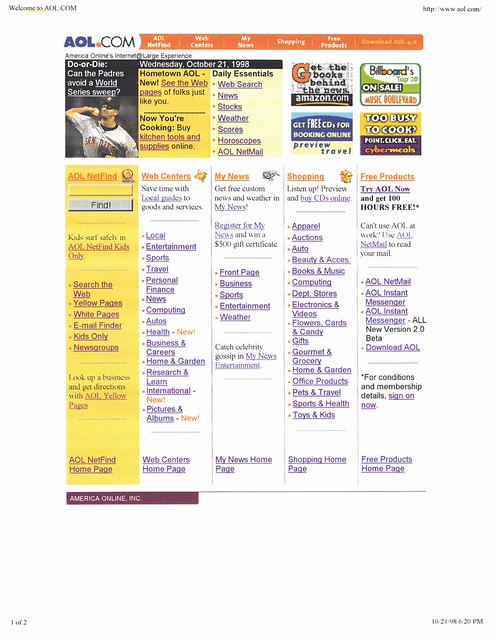