August 7, 1998: The US Embassy bombings in Kenya and Tanzania happened on a Friday, and while we added it to the top text spot, it wasn't enough to knock the Nicholas Cage movie Snake Eyes out of the graphic spot. 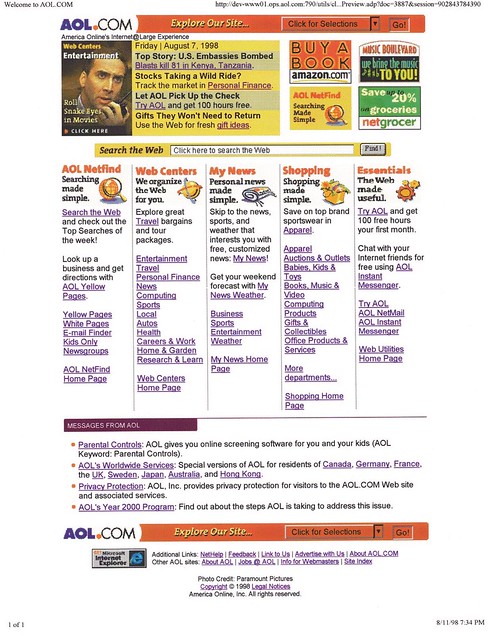 20 years later, no one is talking about Snake Eyes.

It wasn't because we had payola deal where we had to promo it. (August 7 was just not a strong movie weekend.) Nor did we have a huge stake in the outcome of the movie. (Good thing, too.)

The main reason we didn't bump it from the graphic spot was timing and attention: We got the news late enough on a Friday it would have been a big hassle to request and get a news photo for a distant—though tragic—story, especially since people didn't really come to the site for news.