August 17, 1998: Lead item: "Clinton Testifies Today." On Monday, President Bill Clinton became the first president to testify in front of a grand jury; later that evening, he gave a live, televised address where he admitted to his affair. (Here are the contemporaneous news articles from the Washington Post archives.)

Good thing we've left that kind of political turmoil far behind us. 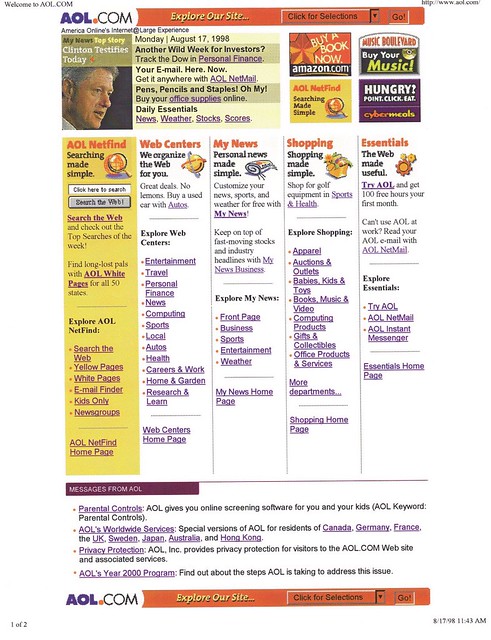