The top text promo references a MyNews story about Monica Lewinsky, whose testimony to the federal grand jury began that day. 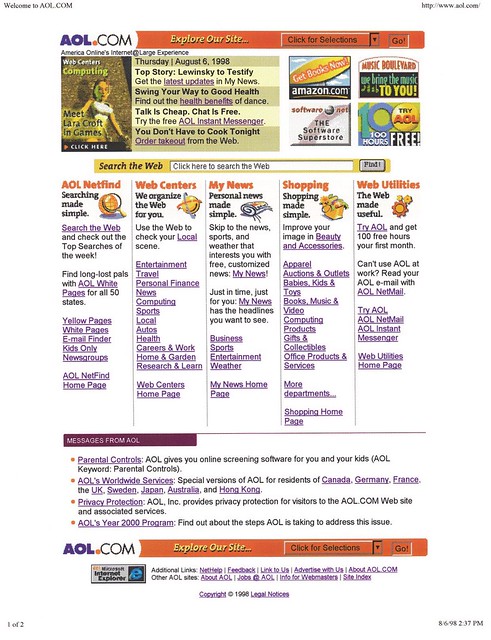