August 20, 1998: The top story was Monica Lewinsky's return to testify before the grand jury. Briefly. The timestamp on the screenshot (it's covered up in the scan) is 2:10pm: 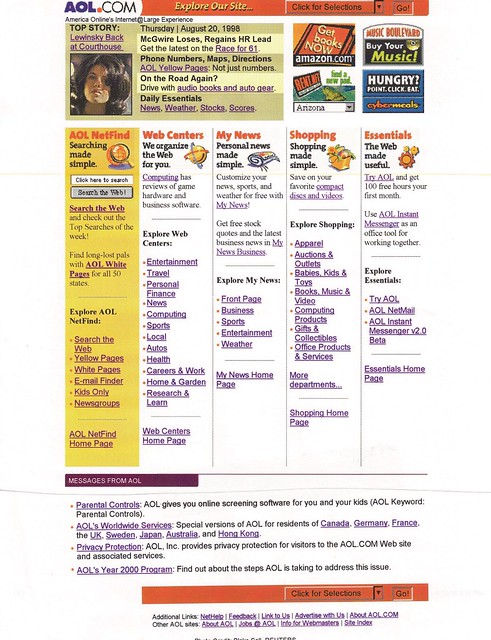 Then, the US launched cruise missile strikes against targets in Afghanistan and Sudan, bumping Monica out of our top spot (though we left the lead text promo as an update on Major League Baseball's Race to 61, go figure), and providing a modicum of support for theories that the strikes were part of a Wag the Dog strategy. 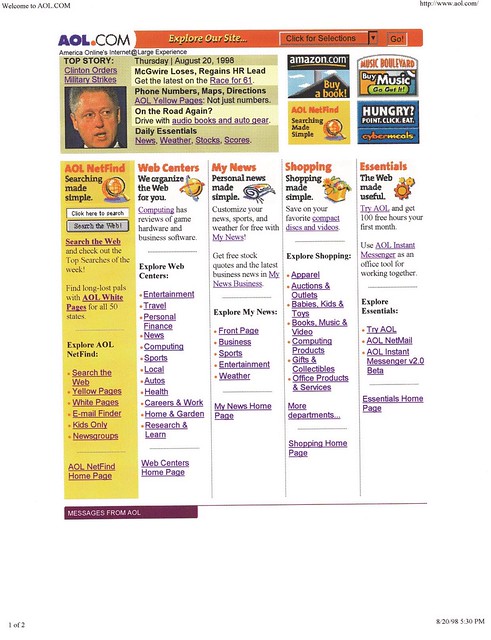