August 27, 1998: The day started with a continuation of the Hurricane Bonnie story, using the same satellite image, while the second text promo was for the new AOL Instant Messenger v2.0 Beta. (I guess the color printer wasn't available that day): 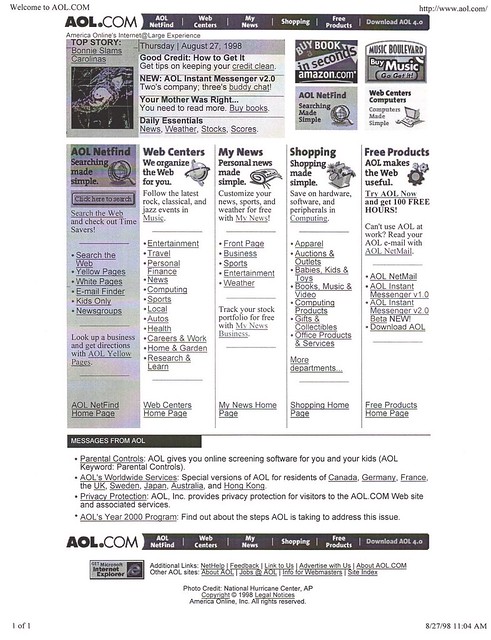 We did a midday update on the Bonnie story, using a photo showing the impact of the hurricane. The first text promo references another stock market dip: 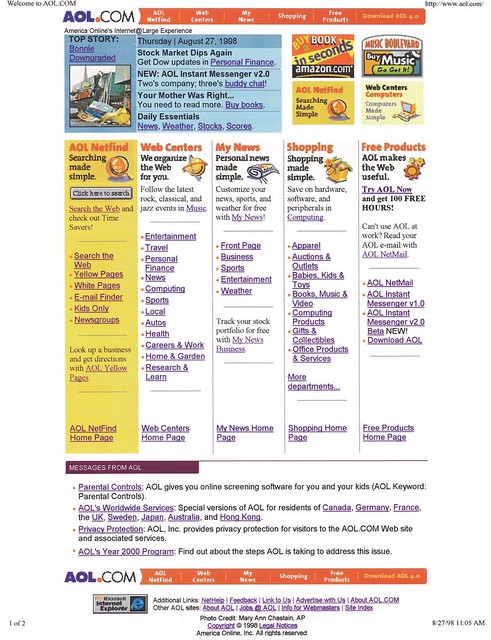 Apparently, it was significant enough that we moved the Dow dip into the graphic spot, recycling the Personal Finance graphic we used for the downturn on August 21: 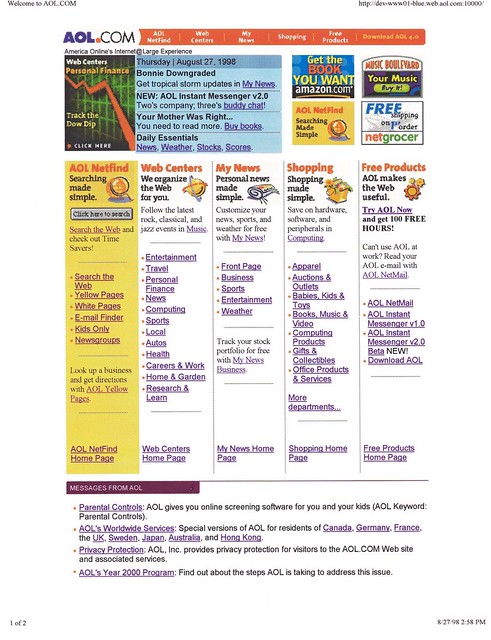