August 22, 1998: The Saturday after the US military strikes on Afghanistan and Sudan, we led with another preseason NFL graphic promo, featuring an up-and-comer named Peyton Manning about to begin his rookie season. The battle damage assessment of the strikes made it into the text promo: 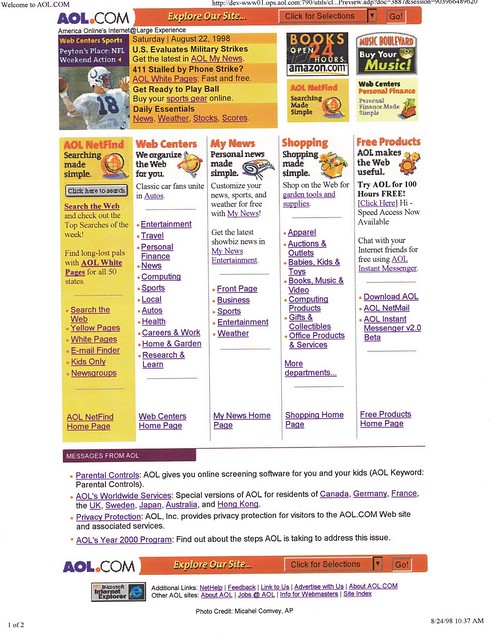 [Series note: In the late 1990s, I programmed the content for the AOL.com home page, which relaunched with a new design on July 14, 1998. I printed screencaps and saved them. 20 years later, I'm scanning them in and posting them with a little commentary under the tag #20YearsAgoOnAOLcom.]
Posted by Joelogon at 8/22/2018