Nothing really notable... except that I just realized that there's no AOL Netfind search box anywhere on this version of the page. (A web page without a search field. Unthinkable.)

I had to flip back to see when we took the search field out; it looks like we removed it a week or so after the August 14 design tweak (when we moved it to the left column).

Actually, I'm not 100% sure that was a functional search box to begin with: I still remember a meeting we had with some of the ad folks, who were touting the clickthrough benefits of ads with fake functionality (like entry fields or radio buttons that were just images, to trick users into clicking them). "Faux functionality," they called it. I called it evil. 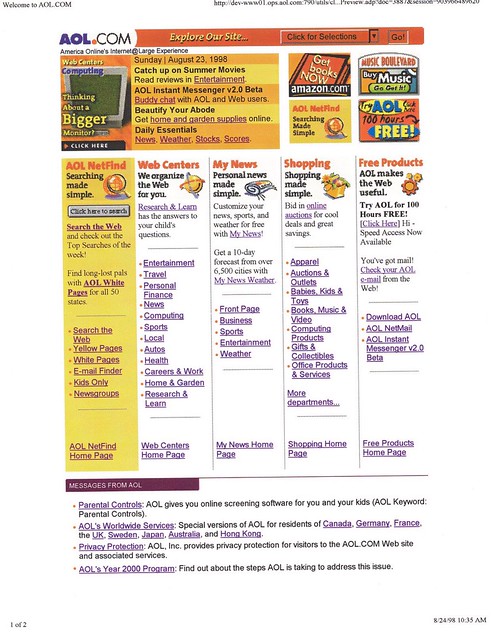