August 5, 1998: The graphic promo for getting customized weather reports in MyNews is pretty blah. The first text promo is about independent counsel Kenneth Starr's investigation into Bill Clinton, though I can't for the life of me remember why the Computing Web Center would be featuring it.

Looking over in the ad block: Music Boulevard was bought by CDNow in 1999 (we'll see CDNow in later ads), which was later bought by Amazon. 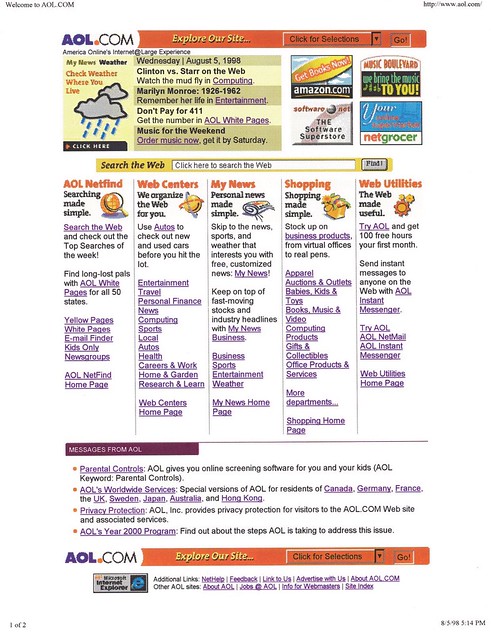