August 26, 1998: Hurricane Bonnie arrived off the coast of North Carolina. The lead graphic promo, which says, "Travel: Take a Labor Day Getaway," was not a hurricane tie-in. 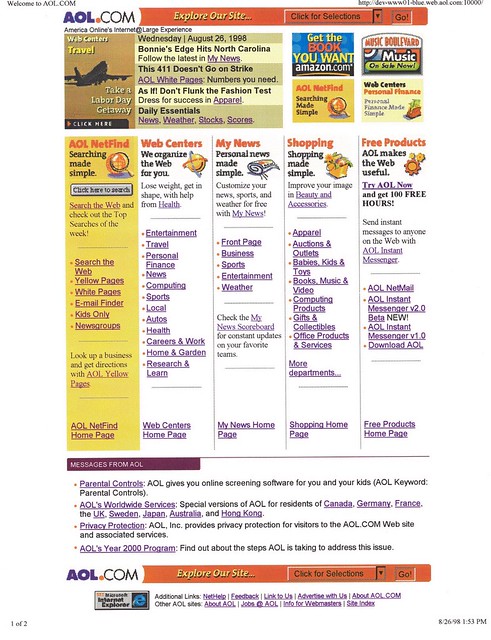 We followed it up with a mid-day update, moving the Bonnie news into the graphic spot with a satellite photo: 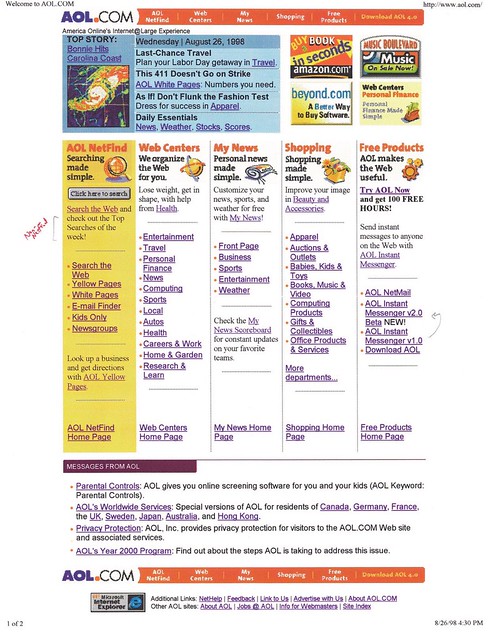 Also, the second text promo for AOL White Pages reads "This 411 Doesn't Go on Strike." I can't find the specific event this references, but apparently there had been a recent telephone worker strike that affected 411 service.

There are also some handwritten notes; I'm not sure what the "Non-Netfind" note means, but in the Free Products column, you can see the arrow which adjusts the order of the AOL Instant Messenger v1.0 and v2.0 Beta promos—a change you'll see tomorrow.