August 11, 1998: As you can see from the header, this is a printout of the HTML mockup that I used for copyfitting the promo block text. (According to the footer, I printed it on August 22, apparently after I realized I had a gap in my printouts.)

The first text promo reads "Stock Market Plunges," whereas just the day before, the text was "Will the Rally Continue?" Apparently August 1998 showed a lot of stock market volatility. 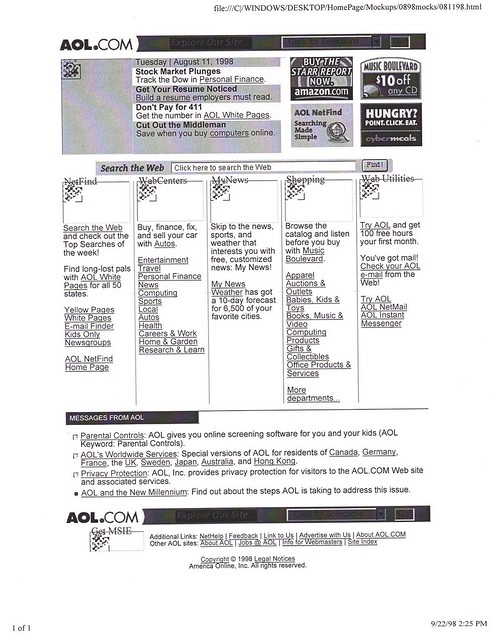