August 24, 1998: The lead graphic promo spot is for the Entertainment Web Center's fall TV preview, with a pic of Will & Grace, which started its debut season in 1998.

One other thing I overlooked: Also in the August refresh, we renamed the fifth column, which used to be "Essentials," to "Free Products." Because everyone likes free stuff, and we were trying to increase clickthrough. 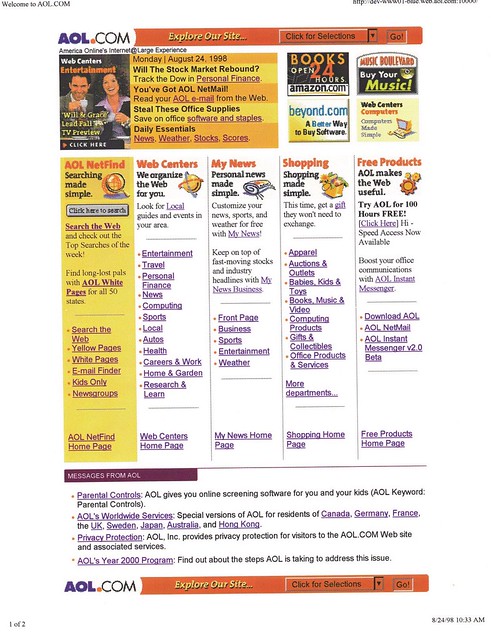