August 21, 1998: I'm not 100% on the order of the published updates; the first lineup was screenshot off the live site at 11:24am, following up on the prior day's missile strikes against targets in Afghanistan and Sudan. It features the photo we ran the prior day (as well as a stray line break that threw off the table layout a bit): 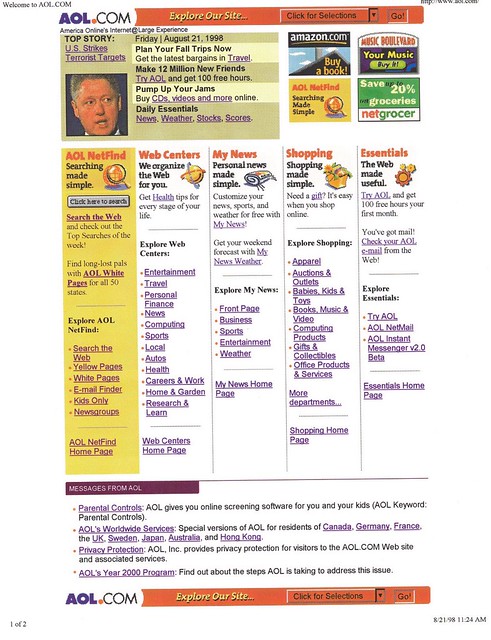 Next, we have an updated page that was screenshot (also from the live site) at 3:05pm, with a Personal Finance promo referencing a dip in the Dow, and a text spot about the missile strikes: 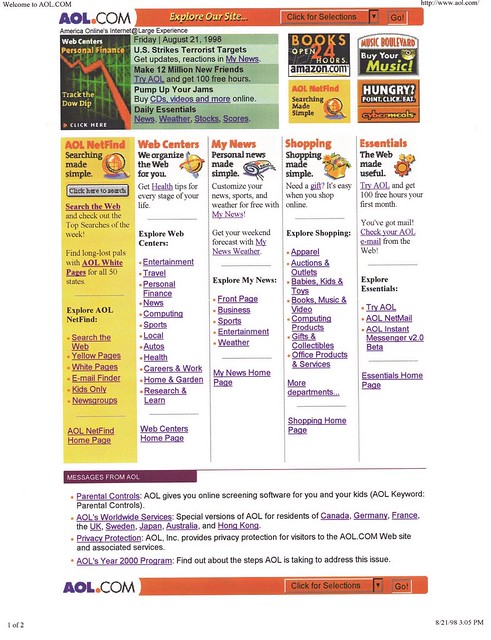 Some where in the mix, there was an updated promo on the missile strikes, featuring a new image of guy burning an American flag; I'm guessing it was the second promo of the day, as a story update while the Dow dip graphic was being created: 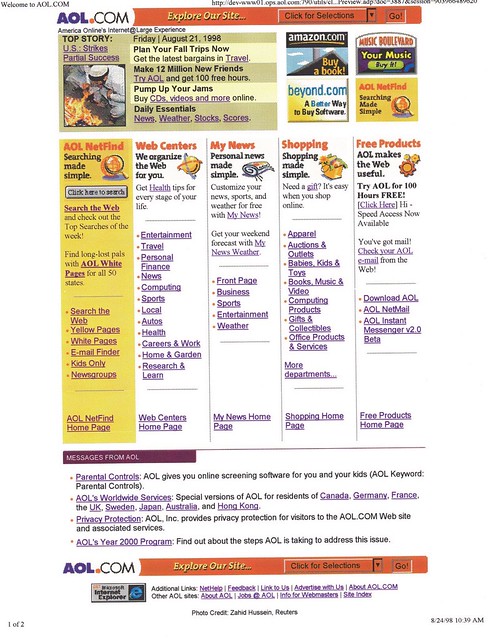