August 19, 1998: Looking at the lineup, you wouldn't know that we were in the heart of the Clinton-Lewinsky scandal. The lead promo is a proto-clickbait headline for the Personal Finance Web Center.

On a general note, we'd incorporated the "click here" text into the lead graphic promos because we weren't sure that people would know the image was a clickable link without hypertext. Another concern was that people would just think it was an advertisement. (Imagine that.)

Also, one thing I forgot to notice: Starting the prior Monday, we'd turned the fourth text promo into a static listing of "Daily Essentials": News, weather, stock quotes, and sports scores, which our research at the time indicated were things that people really wanted. (Especially the stock quotes: Remember that this was on the ramp-up to the peak of the dotcom bubble.) 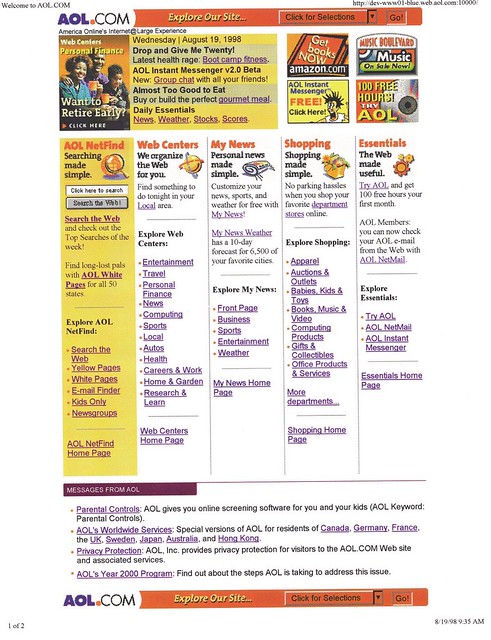