August 14, 1998: The top graphic spot features Uma Thurman from The Avengers, the big-screen adaptation of the 1960s TV series that had minimal impact compared to the 2012 movie of the same name. (Also, the "Uma is Emma" line was my take on David Letterman's "Oprah, Uma" bit from the 1995 Oscars.)

More importantly, this is one month after the July 14 relaunch, and where we introduced some design tweaks (that I'd forgotten about until I was scrolling through the August photos and saw some differences): 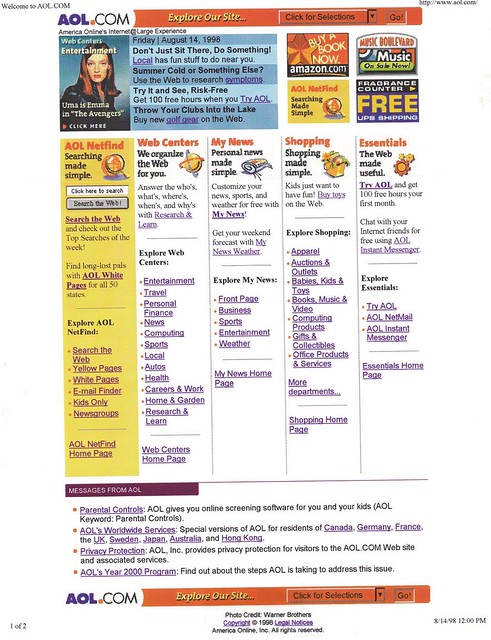 Here's an animated gif that makes the differences easy to spot: