August 13, 1998: Another screenshot off the live site (taken 7:32pm, evidently), featuring Tiger Woods in the top graphic spot for the 1998 PGA Championship. While he led after the first round, Vijay Singh eventually won. 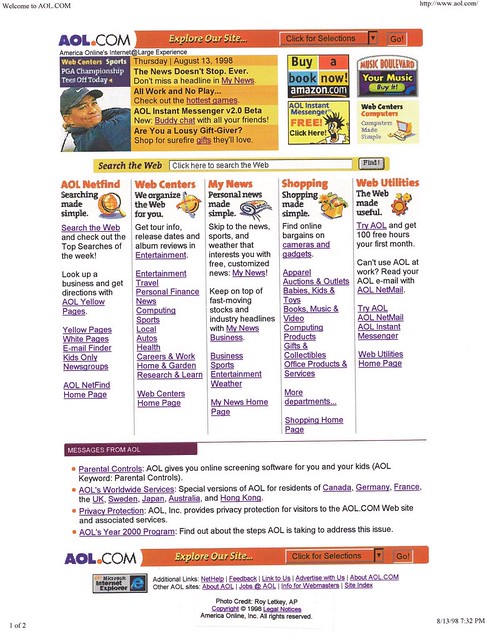