February 12, 1999: The Senate was nice enough to acquit President Clinton early enough in the business day as not to disrupt our weekends; in fact, the vote preview version of the page only lasted for a few hours in the morning: 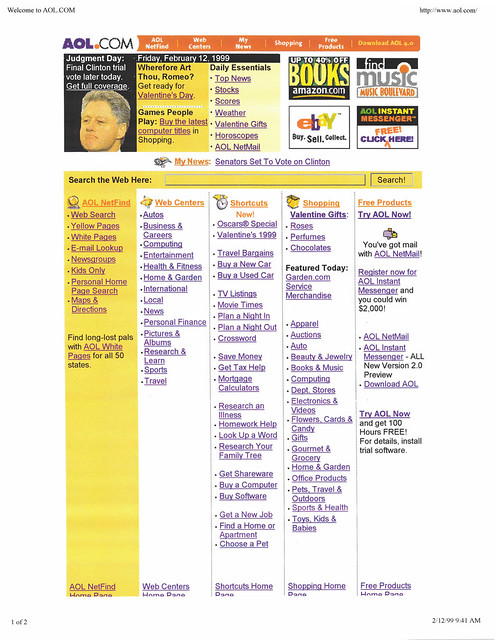 We went up with the "It's Over: Senate acquits Clinton" lineup at around 12:42pm. The My News headline is in ALL CAPS FOR EMPHASIS; in fact, I think the My News folks even pumped up the font size before we had them take it back down to mostly normal (as I seem to have misremembered for the impeachment): 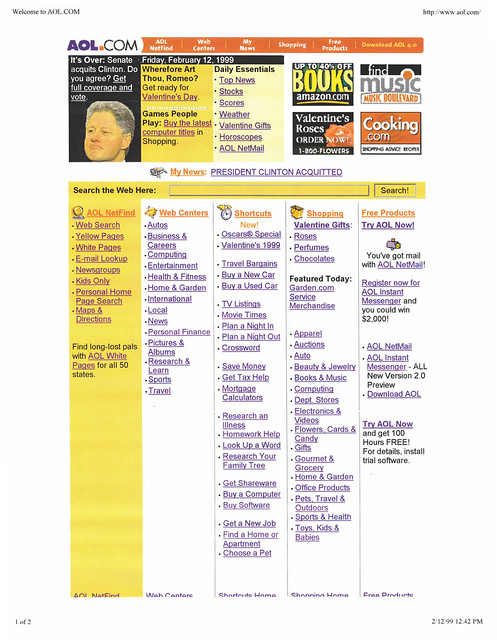 Another PM update with a photo swap: 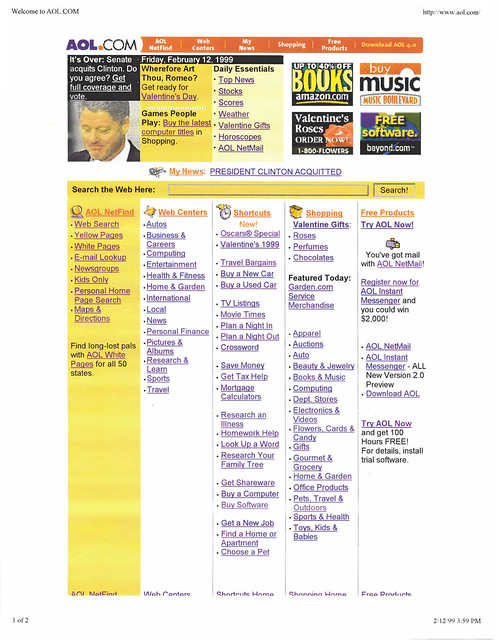 For the PM update, we cleaned up the headline so it didn't go over the limit; along with some inconsequential promos for Valentine's Day and Hometown AOL: 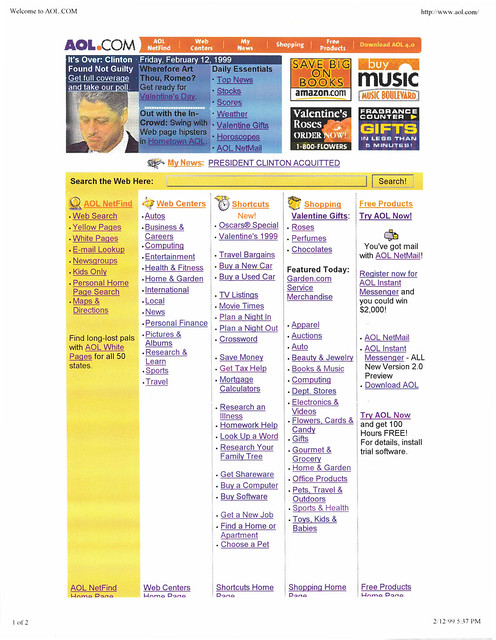