February 16, 1999: We started out with AIM in the top spot but bumped it for Hometown AOL shortly after; the My News headline references the death of Nixon adviser John Ehrlichman: 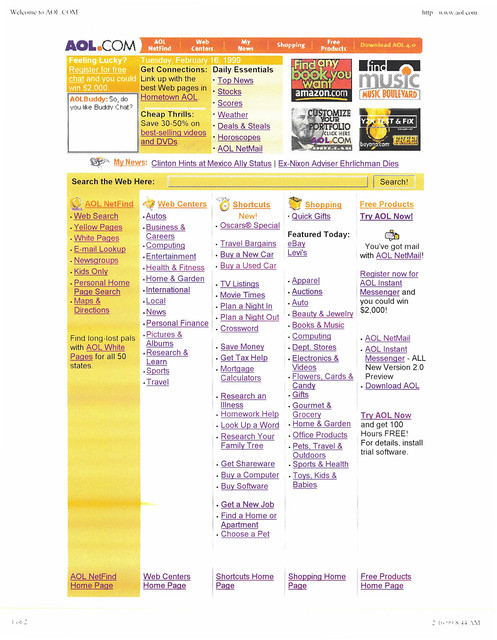 The My News headline captured the opening of the trial in the dragging death of James Byrd; we also rebranded the "Free Products" column as "Community," with a preview of a Community Directory and AIM Web Chat (as I recall, persistent AIM chat rooms accessible via URL): 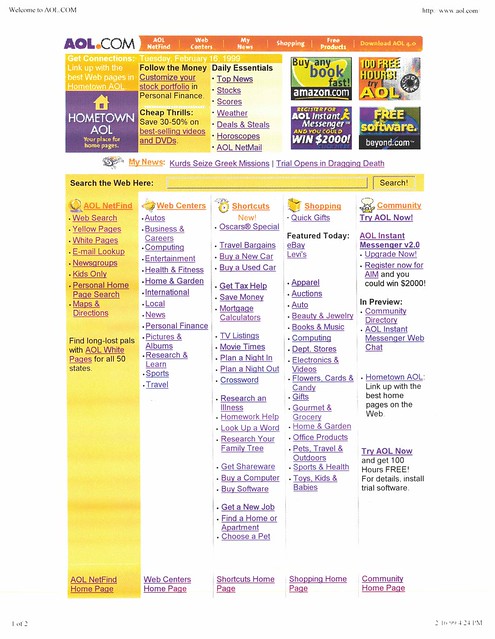 Apparently, we had too many Try AOL promos in the new Community column; we moved one to the Shortcuts column: 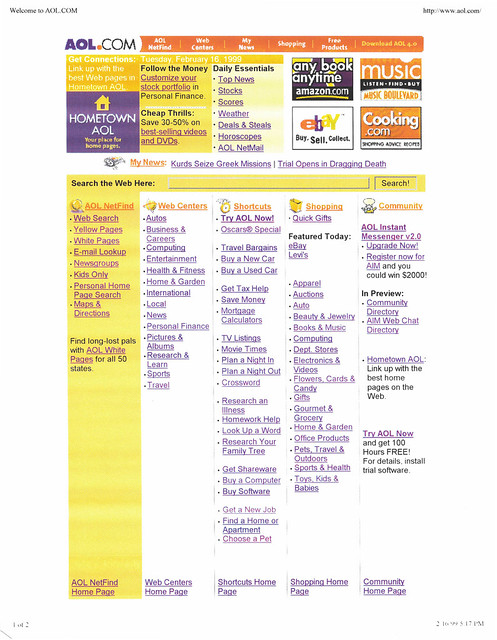 And then the PM update with a color change: 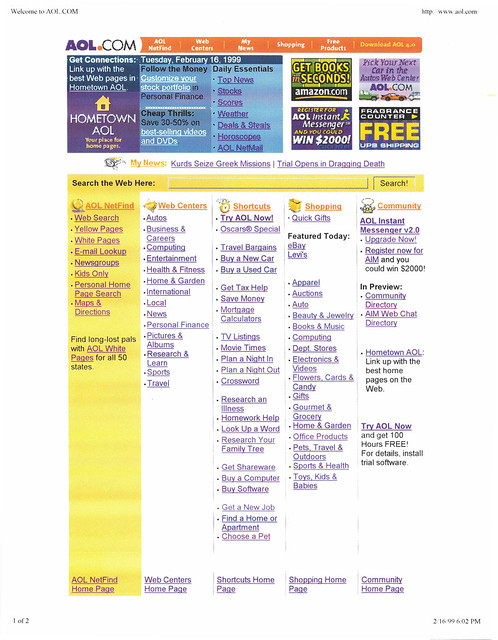