February 4, 1999: We continued the Valentine's Day gift promo photo from the night before, along with the $2000 AIM sweepstakes, and online car buying. We also added Valentine's 1999 to the top of the Shortcuts column: 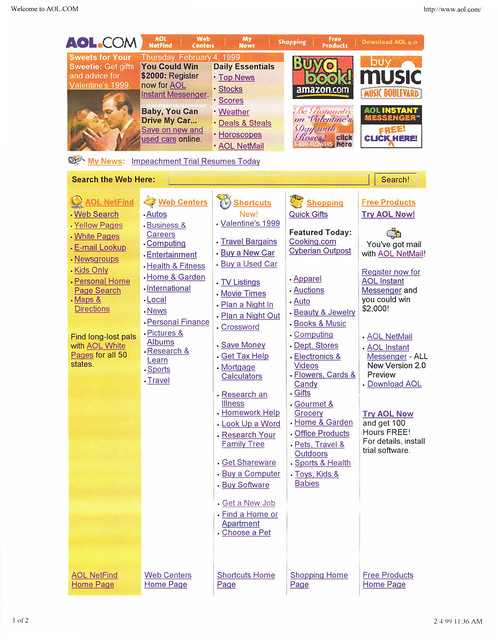 For the PM update, we switched to Health tips (with a shirtless guy for a change) and an NBA season preview.

In the My News headline area, you can now see two news headlines. I believe they went to their respective stories (instead of taking you to the main page and forcing you to hunt for what you were looking for and clicking again... believe it or not, we sometimes had to fight to be able to direct link to content, since doing so cost us a pageview).

I don't recall ever having any headline truncation issues (like a naughty word inadvertently appearing due to an unfortunate cutoff); I think it's because we had some hard headline character limits on the My News side. 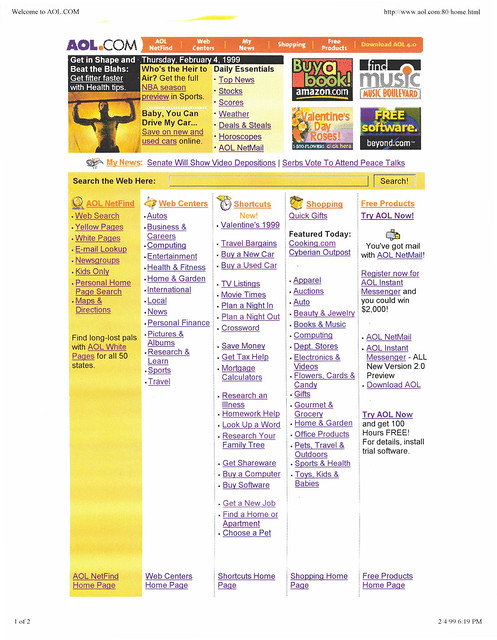