20 Years Ago on AOL.com: Feb. 18, 1999 -- The Return of Crop-Top Spandex Fitness Stock Art Women and the Departure of George Clooney from ER

February 18, 1999: Another "Tone Up, Slim Down" workout tips promo, along with the AIM sweeps and name-dropping Madonna, Mariah, and Shania for CD buying: 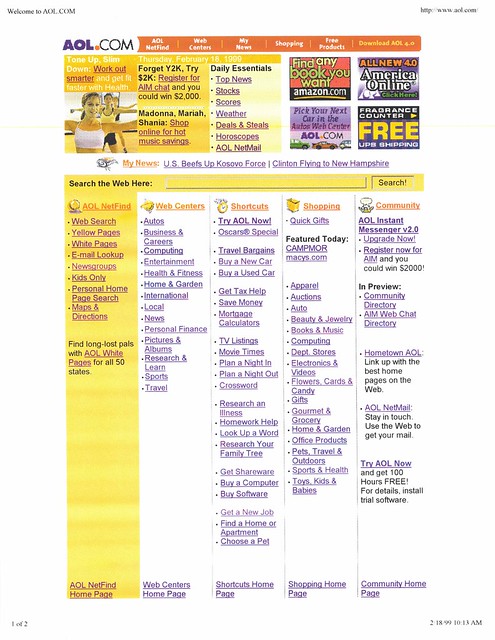 We did a noon-ish update to pull the duplicate AIM sweeps update from the Community column and added some whitespace above the Oscars special in the Shortcuts column: 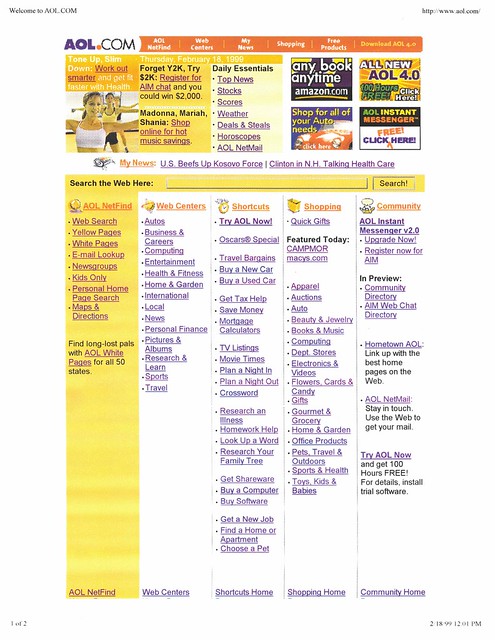 For the PM update, we updated the lead to George Clooney's Season 5 departure from NBC's ER (also, I think we erred by putting periods in the show's title, though that may have been our style at the time): 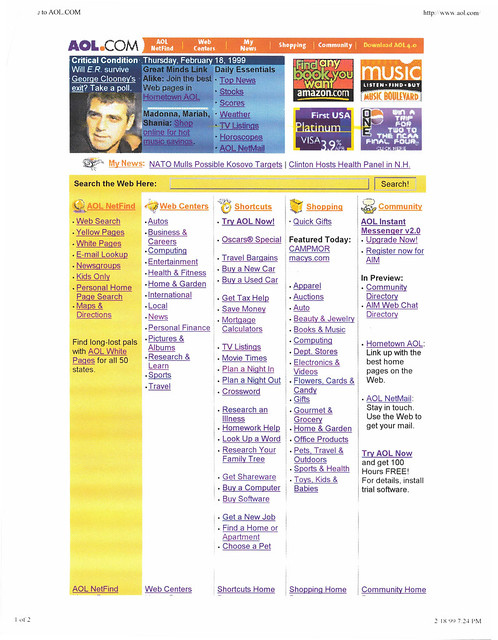